Inspirational quote of the week 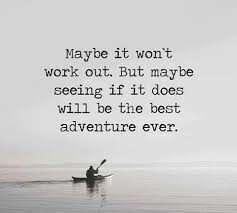 
You should go to pat pizza. Pats pizza is a place to have fun and the booths are comfy warm and fun. for example the booths are fun because you can watch different sports like football, hockey, basketball and baseball. There is a small TV in the booths. There are TV’s on the walls. Some are the same, some are not the same. They show the games like all my favorite teams like the Patriots, Red Sox, Boston Bruins, and Celtics. The food is fries, pizza, chicken wings, buffalo wings, macaroni, BLT, and chicken fingers And more. They have good food. My favorite is fries and peperoni pizza. The game area is a fun place for example there’s a candy machine, an air hockey game, two racing car games and an animal game. There is also a ducky game where you try to grab a duck.  Pat’s Pizza is a fun place where you can eat food and have fun.  So, you should go!

Dear Readers,
As the Christmas wreaths were placed (on graves) throughout the world  to honor those that gave their most for peace and freedom; my thoughts linger on my comrades that served 73 years ago on an island in the Pacific called Iwo Jima. My thoughts are also on those that served in the many other wars, as well.

We may contemplate there will be a Final Inspection, as depicted in the following scenario:
The Marine stood and faced God, which must always come to pass. He hoped his shoes were shining, just a brightly as his brass.

“Step forward now, Marine,” God began. “How shall I deal with you? Have you always turned the other cheek? To my church have you been true?”

The soldier squared his shoulders and said, “No Lord. I guess I ain’t - because those of us who carry guns can’t always be a saint. I’ve had to work most Sundays and at times my talk was awfully rough. But I never took a penny that wasn’t mine to keep, though I worked a lot of overtime when the bills got just too steep. And I never passed a cry for help, though at times I shook with fear. And sometimes, God, forgive me, I’ve wept unmanly tears.”

“I know I don’t deserve a place among the people here. They never wanted me around except to calm their fears. If you’ve a place for me here Lord, it needn’t be so grand. I never expected or had too much, but if you don’t I’ll understand.”

There was silence all around the throne where the saints had often trod. The marine waited quietly for the judgment of his God.

Insight: Who are they? By Lorraine Glowczak


There are many shortcomings with social media but there are advantages too. It can even be an opportunity for self-reflection if you let it. (I know, I know - I am stretching it a bit. But bear with me.)

As I was reading the responses, I wondered too, why they, the people who made the faulty decision, let the mansion with so much history in its walls crumble to the ground. “What were they thinking,” I wondered?

Then I went a step further and thought about who “they” were. Then it dawned on me - “They” are me.

“They” are people who live a full and demanding life. Some of them have children who are sick, parents who are aging, work full time at a demanding job or are entrepreneurs. After a full day of doing what is necessary, “they” volunteer, squeezing in as much as possible at the end of the day, hoping to do their best to contribute to society in some way.

After I made this realization, I put down my stones.

Because in my new-found awareness, I know from my own volunteer experiences that “they” most likely did not make their decision lightly. I’m certain they did their research and discussed funding until they were blue in the face. And I’m confident that many of them were not celebrating the difficult decision they made - not only because they were deciding to let a historic relic fall, but they knew the criticism they would face.

I don’t know why we do that. Sit comfortably in our homes and judge others who are trying to do something the best way they know how. Does it mean they will always get it right? No. But “they” are trying.

Does that mean we must agree with them? No. But instead of throwing stones like I did, “we” need to be “they” and do the work required to get things done in the way we hope for and envision.

So, see?  Social media isn’t so bad. At least one stone was put down as a result of a Facebook conversation.

Lorraine Glowczak
Posted by The Windham Eagle at 2:00 AM No comments:

“A year from now you will wish you had started today.”

Karen Lamb
Posted by The Windham Eagle at 2:00 AM No comments:


OPINION: MEDICARE VOUCHERS
By Japhet Els, AARP Maine Outreach Director
As the oldest and most rural state in the nation, older Mainers and their families should be concerned with proposals taking shape in Washington to fundamentally change Medicare as we know it. Proposals to turn Medicare into a voucher program, often called “premium support”, would take health care in precisely the wrong direction – pushing up costs for current and future retirees, and eroding protections that Americans have earned through many years of paying into Medicare.
Yet, in a short-sighted attempt to save money, vouchers are being promoted on Capitol Hill as an answer to rising health care costs.

Unfortunately, they are the wrong answer. Vouchers pose troubling risks for 288,000 residents who are currently on Medicare; not to mention the 315,000 age 50 and older, who will enter the program in the next 15 years.

President Trump has promised to protect Medicare and Social Security, at one point telling older voters: “I am going to protect and save your Social Security and your Medicare. You made a deal a long time ago.”

Congress needs to follow the President’s lead. Vouchers would break a basic promise of Medicare, which is: To provide a guaranteed benefit package to Americans who have paid in their entire working lives. Under a voucher system, the basic promise could be tossed aside. Instead, consumers would get a fixed dollar amount to help pay for care in the private marketplace. On top of this, you would still have to pay your Medicare premiums. And the guaranteed benefits you were promised could be scaled back.

Additionally, should that voucher amount turn out to be insufficient, tough-luck. Seniors and future retirees could have to pay thousands of dollars out of their own pockets, at a time when they can least afford it. Here in Maine, many of our seniors and older adults are already struggling to make ends meet and already pay more for health care, often due to our rural nature. Asking them to pay even more for their health care would simply not be acceptable or feasible.

Across Maine, 31 percent of Medicare beneficiaries have two or three chronic health conditions and rely on care they can afford. Residents in poor health would quickly feel the pain of a voucher system. Many with limited resources could end up in health plans that limit their choice of doctors and demand high out-of-pocket spending to get needed care.

Nationally, one in four Medicare beneficiaries has income below $14,350, and one in two has income below $24,150. Raising their health care costs could be disastrous - forcing many to choose between going to the doctor and paying for other necessities.

The risks posed by a voucher proposal go against President Trump’s commitment to protect Medicare. Older voters helped decide the election and they’re counting on Congress to abandon this proposal.

The risks are widely recognized. For example, studies by the Congressional Budget Office and Medicare Payment Advisory Commission suggest that moving to vouchers could hit most Medicare beneficiaries in the pocketbook.

Yes, Medicare needs to be strengthened for future generations, but shifting costs to seniors and workers who’ve paid into the system their entire working lives is the wrong approach. We can put Medicare on stable ground with commonsense solutions, such as clamping down on drug companies' high prices, improving coordination of care and use of technology, and cutting out over-testing, waste and fraud.

For example, the average cost for a year's supply of a prescription drug more than doubled since 2006 to over $11,000 in 2013. That's about three-fourths of the average Social Security retirement benefit, or almost half the median income of people on Medicare. Multiply this by the two to four drugs that many seniors take, and you see the magnitude of the problem.

AARP has already shown a commitment to working with elected officials of both parties to ensure that Medicare remains financially stable. But solutions must be responsible. Together, we must champion a Medicare system that delivers on the deal Americans have counted on and deserve.

During Congressional Recess - the week of February 20th – our US Senators and Representatives will be home in Maine. If you are concerned about protecting Medicare, please contact their offices to make sure your voice is heard.  You can also sign AARP’s Petition to Congress, and get involved by going to:  www.aarp.org/protectmedicare.