Insight: As the snow melts

The warm sunny weather we’ve been experiencing the past few days has put a spring back in my step and I’m loving every minute of it. Although I do receive snow with open arms during the wintertime of the year, I’m just as happy to see it go as we head fully into March.

However, as the snow gently recedes and melts away, it slowly exposes the trash in the ditches along 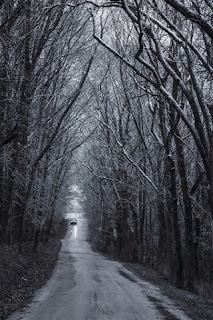 the roads I travel. This brings back a memory from my childhood.

I was six years old in 1971 when Keep America Beautiful, Inc. produced its anti-pollution campaign. It was probably the best-known and most guilt-inducing public service announcement at the time. It’s the commercial staring actor, Iron Eyes Cody as a Native American shedding a single tear at the sight of a trash-filled and smoke laden landscape.

The words in the ad go something like this: “Some people have a deep, abiding respect for the natural beauty that was once this country and some people don’t,” states a narrator in a baritone voice.

Apocalyptic music follows as someone tosses a bag of half-eaten fast food out the window of a passing car. It lands and scatters at the actor’s feet. He looks forlorn into the camera as the tear rolls down his cheek. The narrator continues, “People start pollution. People can stop it.”

Without a doubt, this commercial made a massive impact on my six-year-old psyche and I became an environmental activist – well – at least for an hour after I saw the ad and until something else caught my attention. Eventually the commercial stopped running and although I never became an activist in the traditional sense, you will never catch me throwing trash out the window of my car. That tear really made its mark on me. But more accurately, I do love the natural environment that Maine has to offer, and I would like to preserve it as best as I can.

In about one month - on Wednesday, April 22, we celebrate the 50th anniversary of Earth Day. Whether you have been deemed an official “tree hugger” or not, we all have a certain responsibility to the environment if we wish to maintain the life we have now.

One small action I have done in the past happened during my morning walks. I took a trash bag with me and pick up garbage thrown along the side of the road. I would have to stop every two or three seconds, and the trash bag was completely full in less than a ¼ of a mile.

Just as I was beginning to feel I was making a difference; I would then notice more trash reappear after a couple of days of having not walked. This brought back my memory of “the lone tear.”
Although it seems I’m trying to save the Earth, that’s really not what I’m doing at all. I’m selfishly saving my own butt and the way I have become accustomed to the joys of being in nature.

If there is any truth that the planet is a self-correcting system then it would seem that the earth, in all its natural intelligence, will adjust just fine. Humans, however, don’t adjust so well. We love things to remain the same and we fight change with all our might.

Whether it’s four-wheelin’ in the countryside you enjoy or a nice meditative stroll through a forest path – we all want the same thing – for the beauty of nature and all it has to offer to remain as we know it.

Comedian George Carlin once said that the planet itself will be just fine. It will just “shake us off like a bad case of fleas” to free itself from the object causing its pain. I don’t know about you, but I’m not ready to be shook off the planet just yet.

So, this may be selfish (again) on my part, but would anyone out there be interested in joining me in self-correcting trash habit behaviors? Here’s the deal. Starting today, I will stop buying plastic coffee to-go cups. If you see me with one, I will owe you coffee.

If you join me, then perhaps next spring when the snow melts yet again…the roadways will have less trash. And perhaps, somewhere, someplace, somehow.....there will be less tears…less fleas.