I grew up in a community much like the Windham and Raymond areas, minus a population of approximately 20,000 people. The small towns of Nortonville and Winchester in northeast Kansas were filled with individuals much like one would find here - those who are hardworking, innovative, caring and have their share of important leaders. 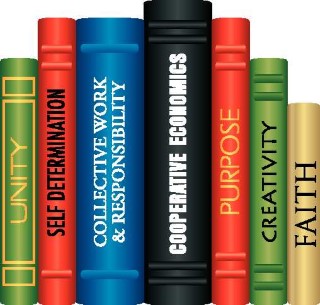 While growing up, one very prominent leader within my home town was a respected and well-loved doctor, Dr. Francis Huston.

All through my four years of high school, I worked for Dr. Huston, cleaning his medical office every evening after school. During the summer months, from time to time, I would also help his wife, Zetta, at their home. It was at this point that I learned a little about gracious sophistication and integrity; and I began to admire the Hustons. In fact, the thought crossed my mind to one day name my first daughter, Zetta. It sounded so cultured and I had hoped that the grace I had associated with that name would live on in my child.

More about the name later.

One evening, towards the end of my senior year and while cleaning the office, Dr. Huston offered to give me a sports scholarship to his alma mater, Tarkio College in Missouri. I was bit of a track star then, placing third at the state competitions in the 100 meter dash. The scholarship would have paid most of my education. I declined his offer.

Instead of belittling, demeaning or shaming me for my decision, he responded like the principled leader and person he was. He accepted my response with a smile.

I am now reading Stephen R. Covey’s book, “Principle-Centered Leadership” and have discovered Dr. Huston lived his life based upon principles that included deep values and beliefs.

Dr. Huston believed in me and saw a potential I had not yet discovered in myself.

Covey states in his book about principle-center leaders: “(They) seek to believe in the unseen potential…creating a climate for growth and opportunity.” Covey further states, “It is the self-centered leader that believes they have the answers and feel they must impose them on others rather than realizing the answer lies within each of us.”

As for the name Zetta; for whatever reason, children did not make it into my life. The good news is a great-granddaughter of the Hustons’ was named after my doctor’s wife. And, it just so happens, that young girl is also my great-niece.

It never ceases to amaze me, that despite our imperfections, if one can relax and sprinkle in a little belief in others and in self, just how perfect life has the potential of turning out.
Posted by The Windham Eagle at 2:00 AM