Insight: It all takes courage by Lorraine Glowczak


This past week, the word “courage” has dropped into my lap more times than I can count. The book “Profiles in Courage” by John F. Kennedy made its way across my desk. I have signed up to attend the “Catalyst for Courage” event on Thursday, April 13 established by the Sebago Lakes Chamber of Commerce and the word has popped up in a multitude of conversations I have had recently. And, yesterday while at an event, a woman said to me about my quick shift in career and my relatively new role as a managing editor of The Windham Eagle, “taking that on was very courageous of you.”

Courage? What exactly is it and why is it a sought-after virtue? 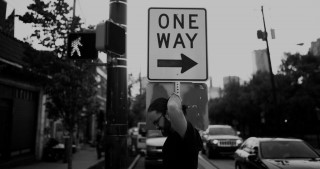 That is a big question to ponder with 400 words or less by a person who doesn’t know the answer. But I suspect it has something to do with getting up every morning, putting on our boot straps and heading out for the day while trying to make strides towards a happy existence. But in order to do that, there’s this thing about facing one’s fears and taking chances when you could be wrong, falling flat on your face.

To participate in life, then, it seems we need courage. We need courage because, unless we want to let our life muscles atrophy, we have to constantly move forward and there is no safety in that.

Whether we are trying to get out of the depths of depression or we are about to jump into the unknown, we are required to take action with very little data to support our decisions. Then, to top it off, we have outside forces telling us we might be wrong and tell us what we should do instead.

What might be helpful as we try to snare courage are two things. First, the root word for courage is “cor” – the Latin word for heart. The original meaning of courage is “to speak one’s mind by telling ones heart”, and in order to tell one’s heart – one must listen to the heart. How often have you followed your heart and gut instinct only to discover that you didn’t have much to fear after all? There may have been some struggles and you may have questioned yourself along the way – but eventually – everything turned out fine. It might help to remember this when faced with a difficult next step.

As for the critics along the way? It’s your life. I, for one, would rather be wrong in listening to my heart then be wrong listening to the advice of others who have even less evidence about my life than I do.

Ben Franklin has been attributed as saying, “Some people die at 25 and aren’t buried until 75.” Those individuals, whose lives reflect Franklin’s words, probably could not summons up the courage to meet the next changing step in life.

So, I guess that might be one reason why courage is such a sought after virtue. In order to live fully – you have to have it.