Early this week I got a phone call from my old friend Kevin. We attended college together, two aspiring journalists who spent countless hours covering the school’s athletic teams, he for the university’s student newspaper, and me for the campus radio station. Since our long-ago graduations we’ve taken two significant road trips together; one of which took us all the way across the country, so it’s fair to say we’re pretty tight. 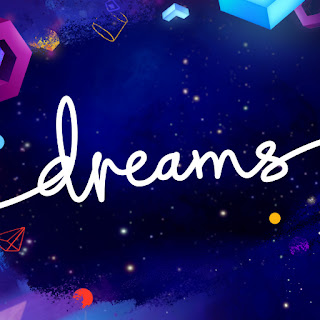 He had called to tell me he’d gotten a job with a newspaper in Durham, North Carolina, running the sports department. He raved about the great people on his staff, the terrific support management was providing, and the appreciation expressed on a daily basis by the paper’s unusually large readership. Then he got to the crux of the matter: there was an opening for a lead reporter to cover the city’s professional hockey and baseball teams, and would I be interested in filling it?

And so after 20 years of teaching high school English in southern Maine, I decided to make a career change, just like that.

Of course, I couldn’t just up and leave, so the next morning I reported to school where, by utter coincidence, my classes were beginning a new unit on a book I was excited about teaching for the first time. My college-age son, who himself is considering the possibility of a career as an educator, came with me in order to observe a typical day in the life of a teacher. And wouldn’t you know it: all my classes really got into the activities I had planned, making me even more wistful about my looming departure. It was like the students had conspired to be their kindest and most productive that day, which made the prospect of submitting my resignation to the principal and the school superintendent, both of whom have been extraordinarily kind to me over the years, even more challenging than it already promised to be. And of course, I hadn’t informed any students of my decision. That too would be difficult.

When my son, who knew of my impending job change, asked me what I’d be earning in my new position, I had to confess I’d be taking a 40 percent pay cut. I’d also be relocating, and suddenly it occurred to me that maybe I didn’t want to go to Durham after all. But how could I back out of a commitment I’d made to one of my oldest friends?

Then, as if things weren’t already tough enough, that night Kevin called again, informing me he was sending me my train ticket, and oh, by the way, how soon could I get down there?

Deeply troubled over the possibility of disappointing an old friend or some people here in Maine who’ve been enriching the lives of my family and me for the past two decades, I promised to call him back in the morning. After hanging up, I looked at the clock, saw it was 3:30 a.m. and wondered why he’d call at such an odd hour.

Then it slowly dawned on me that:

A. It’s early August, so school isn’t in session;

B. Kevin stopped sportswriting some time ago, and is now a teacher in Arizona;

C. The principal I didn’t want to disappoint retired two years ago; and

D. I had dreamed up the entire scenario!

It didn’t take long to get back to sleep, even knowing that in less than a month’s time I’ll be putting in 10-hour school days, plus spending significant time at home (and on weekends) grading papers and lesson planning.