A friend of mine claims restaurant service has declined precipitously since the start of the pandemic. He says it’s particularly noticeable in the folks who deliver food prepared in local eateries to people in their homes. 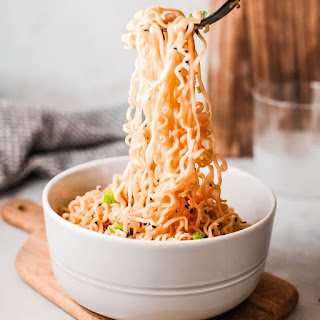 I hadn’t noticed. I’ve never had food delivered to my residence. Ever.

My family never ate out when I was growing up. The closest we ever got to doing so was when, on very rare special occasions, my exhausted mom would pick up a bucket of chicken from the Drumstick Bar-B-Q on her way home from work.

Wait. I take that back. I’m pretty sure we went to Howard Johnson’s once when we were on vacation. That aqua building with the orange roof (or was it an orange building with an aqua roof?) sure was funky.

The first time I remember dining out with people who weren’t family was when I was in high school. The boss at the apple orchard where I worked took his half-dozen teenaged employees out to eat at a local Chinese place to celebrate the close of a successful season. I had never eaten any ethnic food (unless spaghetti qualifies), so I was pretty alarmed when I first saw what the waiter at the Golden House was bringing over to our table. But then I took a tentative bite of an egg roll, cautiously sampled some moo goo gai pan, and dove into some sizzling pork with vegetables (once the flames emanating from it had been extinguished). By evening’s end, consciously mourning those previous 18 Chinese-foodless years I realized I’d never get back, I had loosened my belt two notches.

I’ve never seen much need for eating out, given the many advantages in preparing one’s own victuals.
Here, in no particular order, are just a few:

1. The chef and the chef alone decides what’s on the menu

2. The chef and the chef alone decides how (or if) to season what’s being prepared

3. When no one else is home the chef can eat right out of the pot the meal was prepared in (an attractive option if the chef is also the dishwasher)

4. Eating out (at a non-fast-food restaurant) generally costs about the same as feeding one’s self for about five days

Okay, so ramen noodles lack any real food value. But chop up some carrots, onions, broccoli, zucchini, celery stalks and/or green peppers, put them into the two cups of water you’re boiling, plunge the noodles into said water for a couple of minutes, toss in some frozen peas and/or corn, stir, cover the pot for five-ish minutes, and - voila! - you’ve got a meal Mahatma Gandhi would have happily helped consume. Or, for those preferring to dine with still-living individuals, a meal that’s shareable with Samuel L. Jackson, Kim Basinger, Paul McCartney, or any other currently extant vegetarian(s).

So how come vegetable-flavored ramen isn’t obtainable here in the USA? There’s veggie-flavoured ramen in Canada, but why should I have to hike all the way to Quebec or New Brunswick to get noodles with green (as opposed to brown, red, blue, and/or pink) lettering on the package? Surely someone who’s producing and marketing ramen noodles in beef, chicken, pork, sriracha, and shrimp flavors can invent some sort of faux veggie flavoring. Let’s face it, there’s not a whole lot of actual beef, chicken, pork or shrimp in those poisonously salty “flavor packets” that come in ramen noodles now. How tough would it be to come up with phony veggie powder for the millions (okay; maybe scores) of health-conscious American ramen eaters? <
Posted by Ed Pierce at 2:02 AM