Just who decided to designate January 1 as New Year’s Day? 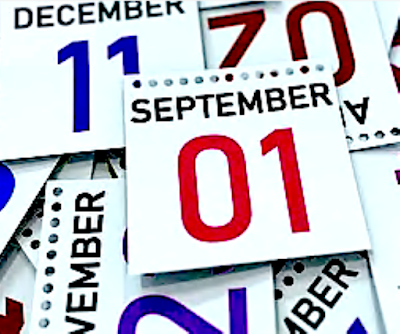 It’s quite possible Pope Gregory XIII (1502-1585) was responsible. The man who served as pontiff for just under 13 years during the late 16th century was also the last recorded pope to have fathered a child, or at least the last one who owned up to fathering a child. However, he did so before taking his holy orders, and that makes it okay, at least according to his modern-day apologists.

Gregory XIII’s next order of business: updating the Index of Forbidden Books, a list of titles the church deemed contrary to morality. The pope’s ambitious goal of opening the minds of his flock was an admirable one, and thanks to his tolerance and relative impartiality 21st-century Catholics are still able to read titles such as To Kill a Mockingbird, The Sensuous Woman, and Mein Kampf without fear of excommunication.

A passionate advocate for education, Gregory XIII increased funding for Jesuit colleges in Rome, including the still-existing Pontifical Gregorian University. His support for the development of knowledge led directly to the establishment of many Catholic institutions today right here in the USA, like the College of the Holy Cross, Yeshiva University, and Oral Roberts University.

But while he did much to improve the world in general and the Catholic Church in particular, one of Gregory XIII’s reforms is badly in need of an update.

The Gregorian Calendar was introduced 440 years ago to replace the then-widely-accepted Julian Calendar. The major change was a difference in the spacing of leap years, ostensibly to halt the gradual drift of the calendar with respect to the equinoxes. And to give credit where credit is due, that alteration did indeed more closely align the calendar with the 365.2422 days that constitute an actual solar year, the length of which is determined by the Earth’s revolution around the sun.

But as the current number of people still communicating solely via smoke signals attests to, times change.

A new year should begin at a natural time of new beginnings, not an utterly random date like January 1. Here in America the one date guaranteeing a fresh start for most people is the first day of school. The number of Americans who attend school, are parents (or grandparents) of schoolchildren, and/or work in or around schools has got to be in the hundreds of millions. Why didn’t the all-knowing Pope Gregory XIII think of that? Could it be that his own birthday (January 7) just happened to be at the end of the week he and his sycophantic enablers designated as the first day of the Gregorian “new year”? Could January 1 be New Year’s Day solely because of a long-dead cleric’s need to gratify his ego?

Society has been held hostage by Pope Gregory XIII’s long-ago narcissistic egotism (or, if you prefer, egotistical narcissism) long enough.

I hereby propose that the world begin transitioning immediately to the Youngian Calendar, which differs from its outmoded predecessor in only one way: going forward, our planet's annual New Year’s Day will be September 1, which I decree will henceforth be the first day of a new school year around the world.