Andy Young: Back on the bike

In my youth I customarily got from Point A to Point B by bicycle.

Right up until the day I didn’t.

My reluctant but inevitable progression to chronological adulthood led to my purchasing (and subsequently relying upon) a motor vehicle, which correspondingly led to several bike-free decades. 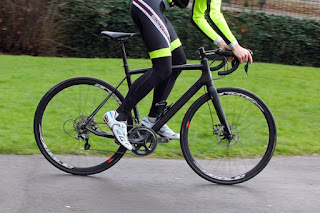 Since I spent much of my 20s and 30s working in a profession requiring frequent relocations, the few large tangible items I owned were transformed from possessions to burdens. But at some point (possibly when I noticed my waistline expanding) it occurred to me that if I were ever to settle down in one place for a while, it might be fun to acquire a two-wheeler.

The opportunity to do so occurred at a random barn sale shortly after realizing that, with three small children and a semi-permanent job, I might actually end up residing in southern Maine for a spell. That’s why I invested a whole $10 in a one-speed bike (the gearshift was inoperable; thus the unusually reasonable price) with two round tires and semi-functioning brakes.

Whoever said, “Once you learn to ride a bike you never forget how” knew exactly what they were talking about. I bought myself a cool helmet and was back in the saddle!

A couple of years later, some “friends” began chiding me about looking like a cross between Pee Wee Herman and the Wicked Witch of the West on my barn sale special, so I traded up for a hybrid model designed specifically for someone my size. That allowed me to log countless additional miles while expending far less energy doing so. During the summer months I routinely pedal 100 or more weekly miles just running errands or grocery shopping. I regularly replenish the fresh produce at our house, but in limited amounts since I can only fit so much in my backpack.

Hard experience has taught me that trying to lug both a five-pound bag of onions and a gallon of milk five miles on one’s back is a bad idea. Thankfully I haven’t had to learn too many similar lessons through such ill-considered trial and error. I instinctively knew I’d need a car to effectively and reliably buy and transport eggs and/or ice cream. And what’s more, I figured that out all by myself.

Biking is beneficial both environmentally and economically. This summer I went a month without putting gas in my car once school let out. And my big boy bike allows me to go up any hill in Maine without getting off to walk. However, I’ve long since learned hills aren’t a cyclist’s primary enemy. Both wind and sand can be far more challenging.

There are other downsides to biking as well. When I began riding regularly, my doctor, an experienced cyclist, told me he’d have me arrested if ever saw me riding helmetlessly. He helpfully added that there are two types of bicyclists: those who’ve fallen off their bike, and those who haven’t fallen off their bike yet.

It didn’t take me long to join the first group, and as inevitably happens with those who cycle frequently, I’ve literally hit the road several times since then. My most recent fall occurred last week when I came around a corner at an angle and hit a patch of sand. As a result, I’m currently sporting scabs on my left hand and left knee, and a small scrape on the right side of my face.

Too bad my doctor wasn’t with me. He could have helped. Plus, I was wearing my helmet, so he wouldn’t have had me arrested. <
Posted by Ed Pierce at 2:00 AM