Insight: Waiting for the other shoe to drop 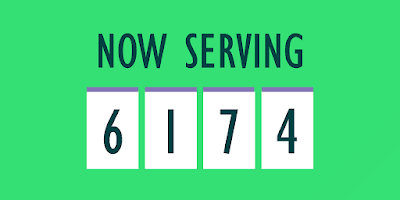 American humorist Will Rogers once said that the older we get, the fewer things seem worth waiting in line for.

As someone who lived through the gasoline shortage created by the oil embargo in 1973, I’m not panicking as the price of a gallon of gas continues to skyrocket now some 49 years later. Back then, I was paying 36 cents a gallon and when the embargo struck it immediately rose to 55 cents a gallon, absolute highway robbery, or so I thought.

I recall some of my friends and neighbors getting up before sunrise and driving to wait for four or more hours to top off their tanks. It all seemed counterproductive to me at the time as the most fuel-efficient automobiles were getting about 12 miles per gallon and I refused to resort to waiting in a long line just to pump gas.

From my viewpoint, there are things I’ve had to wait in line for and some I’d rather not.

Just about six months after the gas shortage lines hit America in 1973, I found myself in a line that stretched for more than two city blocks in the bitter cold in January 1974 waiting to get into the Highland Theater in Albuquerque, New Mexico to see a movie called “The Exorcist.”

Day after day images on local television news showed people in lines trying to purchase a ticket to watch the film and unfortunately, I too fell victim to the madness and lined up on a Saturday afternoon for my chance to experience what could only be described as a “cultural phenomenon.”

Years later I recall very little about the film other than actress Linda Blair spitting up what looked like pea-green soup and her head spinning 360 degrees around in some sort of camera trick. But I can say I waited in line for about four hours to get into the theater to see the movie and I will probably never do that again.

Another long line I stood in was the electronic vaccination line during U.S. Air Force basic training in 1977 at Lackland Air Force Base in San Antonio, Texas. Had no choice but to do that as I was following orders of our squadron’s training instructor.

For more than an hour, I stood outside an airplane hangar as part of two lines waiting to receive shots. As we got to the hangar door, we were told to remove our Air Force fatigue shirts and walk slowly through a gauntlet waiting ahead.

There were nurses and doctors standing on both sides of me holding electronic vaccination devices. At each station I received two vaccinations, one in each arm and then walked to the next station. In all that day I received 12 vaccinations for everything from tetanus to polio and by the time I reached the sixth and final station, my arms felt like Ray Bolger’s in The Wizard of Oz, completely made of straw.

You knew it was challenging when you got to the other side of the hangar and the Air Force had airmen standing by to pick you up in the event you passed out from receiving so many vaccinations all at once.

Since then, I’ve endured waiting at the Bureau of Motor Vehicles, paying Maine Turnpike tolls, getting a homestead tax exemption, the buffet line for wedding guests, the grocery checkout line, and for the cable television installer to show up within a prescribed four-hour window.

On Election Day in 2020, my wife and I showed up after 5 p.m. to vote and since it was a drizzling rain and somewhat chilly, we expected not to have to wait in line outside for very long. That turned into a wait of almost two hours standing in line to cast our votes and do our patriotic duty. And we weren’t alone, as even as we were leaving the voting precinct, the line waiting outside to vote had doubled.

Last fall I had a long wait in my vehicle for a roadside assistance technician to show up two hours after I called when my car wouldn’t start. He spent all of five minutes telling me he didn’t know what the problem was and gave me the number of a tow-truck operator to haul my car to the mechanic’s shop.

The technician apologized for running behind as he had six callers in a row seeking roadside help. Within a matter of minutes after he left, the tow truck company I had called arrived to rescued me from being stranded. My mechanic diagnosed the problem right away as being a dead battery and I was back on the road quickly.

I’ll admit that waiting patiently for almost anything has never been easy for me. I detest being put on hold on the telephone or sitting in the drive-through teller’s line at the bank.

As I’ve gotten older, I guess I’d much rather be in line to walk through the turnstiles at a ballpark than in a line waiting to fill my car with gas.

As the old proverb says, time waits for no one. So please go on ahead without me. <