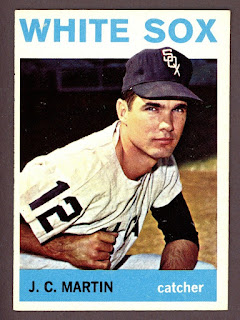 Some time ago someone I trust told me that beginning every day with an eight-ounce glass of water was a good idea.

Later another credible source informed me that adding a teaspoon of vinegar to that water before drinking it was even healthier. I’m guessing she knew what she was talking about, because water with vinegar in it tastes so nasty that it has to be exceptionally beneficial! Anyway, starting my morning with that particular potion has become a daily ritual for me.

Not every habit is healthy, though. During the 14 years I spent riding buses with professional baseball teams I couldn’t help noticing the number of players with a circular protrusion of about two inches in diameter in one of the rear pockets of their uniform pants.

The size and shape of the lump was familiar, but I couldn’t figure out why any ballplayer would carry a hockey puck with him, particularly since many of those sporting the round bulge were from places like Florida, Texas, and Venezuela, none of which are hockey hotbeds. It turned out, though, that those disc-shaped indentations were made not by vulcanized rubber discs, but by cans of snuff.

However, it’s better than sitting in a room with even one cigarette smoker, whose vice fills the lungs of those around them with carcinogens. Some might find the continuous expectorations of dippers and chewers off-putting, but the fact is bystanders (or bysitters) don’t have to ingest their second-hand saliva.

One of the most popular brands of smokeless chewing tobacco is Skoal, which is a Danish word of Norse origin that today is most often used as a toast, often (ironically) to one’s health.

Toasting prior to quaffing reminds me of, well, drinking. And that makes me think of J.C. Martin, a major league baseball catcher who spent parts of 14 seasons with the Chicago White Sox, New York Mets, and Chicago Cubs. The five-game 1969 World Series took an aggregate total of 11 hours and 43 minutes to play, and while Martin appeared on the field for only one of those minutes, he played a huge role in the Mets defeating the favored Baltimore Orioles for the championship that year. And while I’d love to relate the details of J. C.’s incredible heroics here, the only people (both of them) still reading this who are interested in such things undoubtedly already know the story.

Anyway, when I was young and impressionable, I learned something fascinating about Mr. Martin while reading a baseball magazine. The article stated that he neither smoked nor drank, which I found both impressive and puzzling. I knew that not smoking was both wise and admirable, but not drinking? Surely that was a misprint.

Even at a single-digit age I assumed all humans needed to drink periodically if they wished to continue existing. After all, even the camel (AKA “The Ship of the Desert”) had to hydrate every couple of weeks or so. It was only much later on that I learned the difference between drinking and “drinking.”

I wonder if J. C. Martin, who is now 85 years old, starts his days with a glass of water that contains a teaspoon of vinegar. I’d love to have a drink with the guy, and if I ever get the chance, I know exactly what I’ll say to him.