Insight: To cliché or not to idiom

As a child, I recall my father saying something unusual during the presidential election of 1964 and now, more than 50 years later, I think I finally get what he meant by it.

While listening to a supporter of Barry Goldwater use the slogan “In your heart, you know he’s right” on television, my father turned to my mother and said, “One man’s cliché is another man’s idiom.” 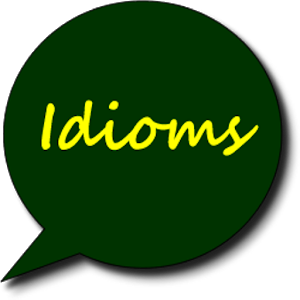 I didn’t understand what he meant by that at the time, but now after having spent decades in journalism and being subjected to covering countless campaigns and elections, I believe I do grasp the meaning of my father’s words so long ago at last.

And as the summer kicks into high gear, we are all about to be inundated with a barrage of the most striking and expressive clichés and idioms in the history of political mankind. They will be used in television advertising, campaign speeches, newspaper and magazine ads, on social media posts and uttered endlessly from the mouths of candidates and supporters alike.

What’s the difference between a cliché and an idiom, you may ask? A cliché is defined as a phrase that once seemed interesting, but through overuse has lost its impact. An idiom, though, is an expression that is metaphorical and not taken literally. Both are freely and commonly used by politicians and campaign strategists during elections and are highly cringe-worthy to the ears of the general populace in my humble opinion.

What speechwriter or media guru doesn’t relish having a laundry list of idioms such as these in their collective arsenal: lame duck; spin doctors; politically incorrect; fishing expedition; red tape; flip-flopper; lash out; kicking the can down the road; presumptive nominee; fiscal cliff; media firestorm; margin of error; or bring to the table?

And how many times have you heard candidates use this list of worn-out political clichés during the course of the election cycle such as: I’m running a positive campaign; I have a plan; This is the most important election of our lifetime; It’s all about the optics; I deal with facts, not fiction; I do not deal in hypotheticals; America is at a crossroads; I categorically deny; Throw under the bus; It’s all a big nothingburger; Winning at any cost; or Enough is enough.

Sometimes the lines blur between idioms and clichés in politics such as: A song and dance show; Intellectual curiosity; A zebra doesn’t change his stripes; Cook one’s own goose; Sacred cows; Putting the cart before the horse; A flash in the pan; Shifting the paradigm; or There’s more than one way to skin a cat.

Collectively, I’d like to see all political advisors, marketing and public relations firms and anyone weighing a bid for an elected office to stop and think carefully before speaking aloud in public.

During the 2020 campaign to this point, we’ve heard this so far: Bury your head in the sand; Crunch the numbers; Drink the Kool-Aid; Half-baked; Think outside the box; Ducks in a row; Put the final nail in the coffin; Dot the I’s, Cross the T’s; Believe Me; Once again, it all comes down to turnout; Keep your powder dry; The new normal; and my new personal favorite, the chips are starting to crumble.

If only we could revert to the days of such colorful expressions such as: Where’s the beef: Fuzzy math; Drain the Swamp; It’s the economy, stupid; The buck stops here; See the forest for the trees; The elephant in the room; or how about Speak softly and carry a big stick?”

I’m afraid that we are all locked into another never-ending cycle of trite, hackneyed, stale, unimaginative, vapid, predictable and old-hat phrases until Nov. 3.

And at the end of the day, there’s a lot to unpack here. For some, it will be a deep dive and an uphill battle with the grass always being greener on the other side and ignorance being bliss until we all play our cards right and our decision about who to vote for becomes as plain as the nose on our faces and oh so crystal clear as we venture into the voting booth on Election Day.<