In 45 years of working in the profession of journalism, I’ve interviewed thousands of people while gathering information for articles and have had the great privilege of meeting some of the most colorful characters you’ve probably never heard of.

Here are just a few tales and a sampling of unusual, resilient and offbeat individuals that I’ve covered during the course of my career: 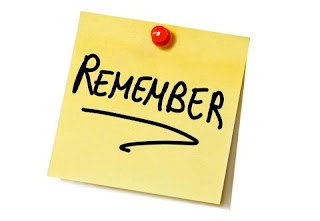 ** In November 1981, I reported on the annual Veterans Day ceremony in Indianapolis with a special guest speaker, Jesse A. Jackson, the last remaining veteran from Indiana of the Spanish-American War. (And no, not the more famous presidential candidate Jesse Jackson with the same name.) Jackson was 99 and a resident of the Lutheran Community Home. He told me that he had joined the Army after an argument with his father and stepmother. His speech to the crowd that afternoon consisted of exactly eight words, “Enjoy your supper and have a good evening.” When I asked him the secret of his longevity, Jackson told me he drank a bottle of peach schnapps every night and ate a bowl of persimmon pudding each day for lunch. Jackson died in 1987 at age 105.

** Long before actor Mykelti Williamson portrayed Benjamin Buford “Bubba” Blue and extolled the many ways to serve and enjoy shrimp in the film “Forrest Gump,” I had interviewed “The Singing Airman,” also known as James “Mississippi” Burch. While working the graveyard shift at The Pentagon in 1980, Burch supervised the facility’s pneumatic tube system of delivering teletype messages to the offices of military leaders prior to the invention of email. Having grown up in Tupelo, Mississippi, Burch was a loyal and devoted fan of Elvis Presley. He knew the words to all of his songs by heart and would rattle off a laundry list of facts about the life of Elvis to everyone he met, similar to Bubba’s character in “Forrest Gump.” In an effort to keep his co-workers awake throughout the graveyard shift, Burch also would commandeer the department’s public-address system and croon out “Burning Love,” or “Hound Dog” when he felt it was needed. Burch also shared with me an obscure fact about Elvis that I had never heard before. He said Elvis actually had blonde hair and dyed it black to conform with his “look.” And he told me that everyone in his family had memorized all the lyrics to every Elvis Presley “Number One” hit songs and they all gathered on vacation every year in August at Graceland in Tennessee to remember Elvis on the anniversary of his death. The last I heard, ‘Sip’ Burch as he liked to be called, was entertaining Air Force personnel stationed in the Middle East as a member of the U.S. Air Force’s “Singing Sergeants” in 1995.

** When I covered community sports in Brevard County, Florida in 2005, I kept hearing about the exploits of a masters’ division swimmer by the name of Bunny Cederlund and I eagerly accepted an assignment to interview her for a story. She was a longtime member of the Florida Aquatic Combine Swim Team and had set numerous swimming records for people in her age bracket. As a world-class swimmer in her late teens and early 20s, Cederlund had lost out on an opportunity to compete for the United States in the 1940 Summer Olympics because of World War II. She gave up swimming, married an Air Force officer, raised a family in New Jersey and then moved to Florida when she turned 65. By the time she was 70, Cederlund was once again swimming competitively and turning in record-breaking performances. During her 19-year career in master’s swimming, she racked up 234 individual Top 10 swims and 14 Top-10 finishes in relay events. Now nine years after her death in 2011 at age 89, Cederlund still holds 15 individual United States Masters Swimmer records in three different age groups and dominated the USMS backstroke records from the 50 Short Course Yards to the 200 Long Course Meters in the 80 to 84 and 85 to 89 age groups. And she also still holds four FINA (the international governing body of swimming) Masters’ World Records in the 80 to 84 50-meter backstroke, and the 85 to 89 50-meter backstroke, the 50-meter backstroke, and the 100-meter backstroke. There’s a lesson to be learned from her about persistence, for sure. <
—Ed Pierce