Insight: Is it mental floss or trivial understatement?

Those who know me best are keenly aware of my ultra-competitive nature and desire to win at whatever game I’m playing. Perhaps some of that stems from endless hours of watching game shows on television as a kid and trying to shout out the answer before the contestants did.

Yes, I was, and remain to this day, a sucker for contests pitting ordinary foes against each other in a showdown for a new fully furnished living room set or oodles of cold hard cash. No matter if it was “The Newlywed Game” or “Concentration” or “The Joker’s Wild” or “Jeopardy,” if it had a question-and-answer format, I was down with it and that led to a lifetime pursuit of useless trivial knowledge that has consumed hours upon end of my life. 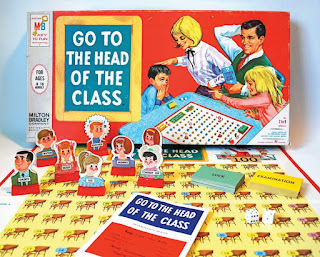 Among the useless tidbits I have acquired and filed away for future reference through the years -- 1967 American League batting champion Carl Yastrzemski hit .326 in leading the Boston Red Sox to the AL title that year; Valletta is the capital of Malta; the King of Hearts is the only king in a deck of standard playing cards without a mustache; and that Richard Mentor Johnson of Kentucky served as U.S. vice president under the eighth U.S. president, Martin Van Buren.

From the realm of musical trivia, were you aware that singer Mac Davis’s lone Number One hit as a solo artist was “Baby Don’t Get Hooked on Me” in 1972, but that also he wrote “In the Ghetto” for Elvis Presley’s 1968 Comeback Special? And my father used to chuckle because I knew that the one-hit wonder “They’re Coming to Take Me Away Ha-Haaa” was recorded by Napoleon XIV.

I also can tell you that in terms of distance, Maine is the closest U.S. state to the continent of Africa, or that the real name of U2’s Bono is Paul David Hewson. How about that Dave Thomas opened the first Wendy’s in Columbus, Ohio in 1969? Or that because of their weight, elephants are unable to physically jump?

One would assume that possessing all of this knowledge of trivia would lead to wild success in board games or a shot at a televised game show, but you’d be wrong.

When I was in elementary school, I dominated when playing classic board games such as Go To The Head of the Class; Password; Careers; Life; Uncle Wiggly; and Game of the States.

In taking the Jeopardy test online twice, my computer stalled each time and I ended up blowing my chance at meeting Alex Trebek. But I actually did get to interview Pat Sajak and Vanna White in Phoenix, Arizona when I tried out for Wheel of Fortune in the 1980s. I made it through the first round of contestant testing yet bombed miserably in the second and much harder elimination round.

In 1999, I nearly made it through the phone elimination for Who Wants to Be a Millionaire? My phone answer was in the correct percentile on the first night, but I was .002 percent slower than my opponents across the nation in answering the question on the second night of elimination testing.

As a result, I missed a chance to go to New York City because of a slow finger. My longstanding dream of appearing on the same podium with Regis Philbin or any other hosts from vintage TV game shows such as Wink Martindale; Bill Cullen; Peter Tomarken; Allen Ludden; Bert Convy; Dennis James; or Art Fleming remains stalled.

At least at home I still am the undisputed master of trivia when playing the board game version of Who Wants to Be a Millionaire that my wife and I picked up at a thrift store in New Hampshire a few years back.

Scrabble is another story though. My wife Nancy presents a significant challenge and I have to play her extremely cautiously to avoid setting her up for triple word scores in the outside corners and feeling humiliated until the next game.

But at least in playing Scrabble, I only have to come up with words, not recite facts like 3-foot-7 Eddie Gaedel was the shortest player to ever bat in a Major League Baseball game or that one dairy cow can produce up to 200,000 glasses of milk in a lifetime.

And lastly, if you were to ask me what country’s capital has the fastest growing population, my answer would be Ireland, because every day it’s Dublin. <