Insight: “Three years on a rock”

I have always heard the words, “never give up” when we feel discouraged during times of challenge. But it wasn’t until I did some research on this week’s business spotlight, Sebago Kyokushin Karate when I came across the Japanese proverb, “three years on a rock” for the first time. For some reason, that sentence speaks more volumes to me than our usual go to adage when we’re ready to “throw in the towel”. 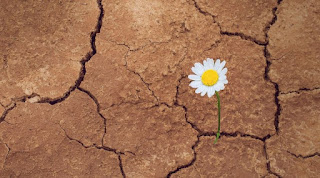 Basically, the Japanese proverb means to persevere at all times. On the Sebago Kyokushin Karate website, the author Shihan Cameron Quinn is quoted, “[perseverance] teaches the student to face the demands of daily life with a mature and enduring attitude. A budo-ka [martial way] is not easily shaken by the blows of adversity, realizing that for a person to draw near to their true potential, a never-say-die spirit of perseverance is required”.

It’s possible that the “martial way” can be applied to everyday life because we are constantly faced with hurdles and hardships. Although certainly times of rest to re-center ourselves is needed, continuing on despite the difficulties – with determination, agility and maturity - will only make the finish line more glorious. (Then of course, there are other finish lines after that).

Newt Gingrich said, “Perseverance is the hard work you do after you get tired of the hard work you already did.” There are many, many stories of successful individuals who sat on a rock for more than three years. One of my favorite stories is that of Harland David Sanders, otherwise known at Colonel Sanders. According to the Unbelievable Facts website, his story goes something like this:

Colonel Sanders left school at 13, lost numerous jobs, his wife left him, and at the age of 65, he retired as a failure dependent on his savings and money from social security. One day, knowing he was a good cook, he borrowed some money, fried some chicken, sold it door-to-door, founded Kentucky Fried Chicken and became a billionaire at 88.

Sometimes, however, personal successes that make up our fullest potential are less grandiose but are just as powerful. A woman who currently lives in Australia and simply goes by the name of Gloria, tells her story on her website, Stronger Braver Fighter:

“Many women [people] go through tough times at one time or another in their life where they lose their identity – bad break-ups, abusive relationships, violence, and so on. I, on the other hand, never had an identity to begin with. That’s because I was taught from an early age that I wasn’t good enough . . . for anything.”

Gloria goes on to describe that she came from a culture where females were supposed to be weak and submissive. Not only that, but appearances counted for everything, so discrimination based on her looks was quite severe. “Being short and overweight, I grew up constantly being told…that I wasn’t smart enough, that I was useless and stupid, and that I would never amount to anything.”

But Gloria persevered, losing the weight through a martial arts discipline. “I realize now that people’s criticisms and judgments of me while I was growing up were like poison to my mind, working to keep me mentally small and weak. We’re all exposed to these poisons in our lives at one time or another. Fortunately for me, I was able to overcome mine.

I have no anger or animosity towards any of the people who put me down in my younger years and programmed my mind for failure, because I know now that it was just an expression of their own fears and weaknesses. In a way I’m actually thankful to them because I believe it’s my tough life that has made me so strong today.”

Sitting on a rock for three years is hard – in more ways than one. But even a cold hard rock warms up from the body’s heat. Even a boulder along the ocean’s edge is eventually reshaped by the waves. If you are experiencing a particularly difficult time in your life, I hope this reminds you to keep on keeping on – keep refusing to give up. Just so you know, I have my days too.

As Gloria stated, “I’ll do whatever it takes to get [to where I need to go next], and I want to help you do the same. Together we can’t fail.”