Insight: The importance of gratitude and grace

At a workshop luncheon I attended recently, the facilitator offered a few guidelines on what makes a great leader - whether that leadership comes in the form of family, career or community volunteer efforts, she stated that the “rules” apply to all. The facilitator referred to the “ABC’s of Leadership”. At this gathering, we focused on 1) Accountability, 2) Be real and 3) Commitment. 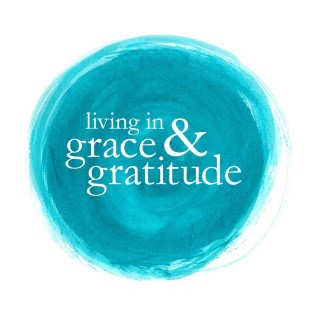 It was the accountability topic that caught my attention the most. I always knew that accountability
meant accepting responsibility for one’s actions but as we discussed the details further, I learned that it also entails: trusting in others and others in you, not making assumptions, setting the example, saying thank you - and meaning it.

As we were about to discuss the “thank you” portion of accountability, the facilitator’s phone alarm sounded. “Oh! I apologize,” she said as she shut the alarm off. “That’s my gratitude reminder.”

Not only was I surprised by the synchronicity of the alarm as it coincided with the subject but the fact this leader makes a concerted effort, setting time aside every day to be thankful for things and people in her life. And, it’s not even Thanksgiving, yet!

Although, I never set an alarm, I do try to speak words of thanks during my most human and disgruntled moments to remind myself how truly lucky I am. It really does wonders in shifting me out of my humdrums. In doing so – it also alters my response to the world and people around me in a positive and graceful way.

It is no secret that we as a nation have become radically divisive and angry. We’ve become rude with each other, throw insults as if they were candy, make assumptions without knowing all the facts – and are incessantly ungrateful for the dedicated work of others. I don’t know about you, but this both baffles and saddens me.

I don’t have any real solutions to this issue, but I wonder what would happen if we all (or at least a majority of us) tried gratitude on a daily basis.

In a 2017 Business Insider online article written by Chris Weller, he tells the story about Sheldon Yellen, the CEO of Belfor Holdings, Inc. Yellen started composing handwritten birthday cards to thank his employees for their efforts and dedication after he was hired by his brother-in-law. He knew the employees felt he was being given special treatment, so Yellen decided to turn the perception around. He’s been doing this for 32 years and now writes over 7,000 handwritten birthday cards.

Weller writes: “Over time, the gesture has made for a more compassionate, gracious workplace, Yellen said. People feel appreciated and reciprocate those good feelings outward. Some managers have even taken up the habit themselves to write cards for their team members, clients, and loved ones. Other CEOs may consider the gesture frivolous or a waste of time, but Yellen is quick to disagree. He said his experience has taught him that the value keeps coming back in spades. ‘When leaders forget about the human element, they're holding back their companies and limiting the success of others," he said. "Focusing only on profit and forgetting that a company's most important asset is its people will ultimately stifle a company's growth.’”

But I would stretch Yellen’s comment further by adding – without gratitude towards one another - a community’s growth, a nation’s growth - is stifled.

Author and mental strength trainer, Amy Morin writes that grateful people are more likely to behave in a prosocial manner even when others behave less kind, according to a 2012 study by the University of Kentucky. “Study participants who ranked higher on gratitude scales were less likely to retaliate against others, even when given negative feedback. They experienced more sensitivity and empathy toward other people and a decreased desire to seek revenge,” Morin wrote.

Professor Dr. Kerry Howells is well known for her academic research on gratitude. She’s been on Ted.com and has written books and blog posts on the subject. She shared this story:
“When I was a visiting scholar in South Africa a few years ago, I was privileged to learn much about the role of gratitude in Zulu culture. The Zulu people have so many stories transmitted orally from generation to generation about the importance of gratitude and so many rituals where gratitude needs to be expressed. If one did not express gratitude, they would be considered uncivilized or even barbaric. Gratitude is what gives grace to the Zulu culture.” (www.kerryhowells.com/what-happens-if-we-forget-gratitude/)

If a simple thank you is what gives grace in the Zulu culture – wouldn’t the same be true for the American culture? I’m not a Ph.D. who has studied the results of gratitude, but I would like to believe that being grateful would have some positive effects and make constructive changes in our society.

I suppose the only way we can find out, is by experimenting with our own lives. Let me start now by thanking you – our readers who love us and thank us for our efforts. And, a thank you to area businesses who trust and support us in distributing the community, positive and solution based newspaper. Thank you! Seriously. I mean it. You are the ones who make my day – and you are graceful, civilized leaders in the truest sense.