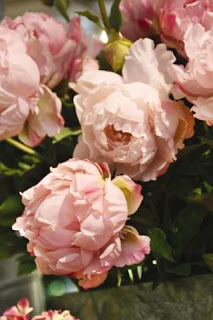 It was a cold sunny day in early January 2012 as I was running down Commercial Street in Portland to catch the ferry to Peak’s Island to meet with my writing group. As I was enjoying the winter’s early Saturday morning sun, my cell phone rang. It was my mom.

Living 1500 miles apart from each other, talking on the phone was a constant habit. “Hey Mom,” I
began and then told her that I would not be able to talk long. It was a short call and I can’t remember everything we discussed but there is one thing she said that has been etched into my memory.

“Things aren’t good,” she said as we were about to end our call. Confused, I asked if it had to do with my brother and sister-in-law whom she was living with at the time. She was vague in answering my question, so I knew someone was in the room with her. “Are they sitting right there?” She confirmed they were. I had to purchase my ferry ticket, so we ended our conversation.

It was the last “normal” phone call we had. A few days later, on January 12, she was officially diagnosed with pancreatic cancer. It had already spread to her lymph nodes and there were two golf ball sized tumors in her lungs. As soon as I could, I flew home to Kansas to be with her and my four brothers as we took care of her and said our goodbyes. She passed away 12 days later on January 24.

For those whose lives are nearing the end, it is often said that the things remembered most fondly are the ordinary and everyday events spent with the special people in our lives. Oddly, these seemingly mundane life experiences escape us in the moment, but after our loved ones pass – it’s those things that we recall with great depth.

For me and my mother, those moments include peonies, Big Macs and margaritas.

My mother adored the big pastel colored peonies so much that she planted what seemed like a dozen bushes surrounding our house. During those early summer months when the flower was in full bloom, I would come home to one light pink blossom in a blue vase (that I now have) on the dining room table. The sweet floral scent that filled the air would always stop me in my tracks. That memory will forever be ingrained in my mind.

I’m a sort of a food snob these days, but during my teenage years when I was a back-sliding vegetarian, once a week my mom would treat herself and me to a Big Mac after grocery shopping. We often would laugh and talk – about what – I don’t remember. But the memory of us together in an ordinary moment, rest gently in my heart (as probably the fat from those Big Macs I ate.)

As I grew into adulthood, we gave up the Big Mac’s and switched to margaritas (on the rocks with salt.) But that is the only thing that changed. We still laughed and talked – about what – I don’t know. But I remember it as if it were yesterday.

For Mother’s Day celebration this year, I wish you all mundane moments with your own moms this Sunday – so that you too can have imprinted memories of ordinary days of a well lived life with those you love.