When this edition of the Windham Eagle newspaper hits the newsstands on Thursday and arrives in mailboxes on Friday, the Fourth of July celebrations will be behind us. Or will it?

In my observation, what I find amazing about this holiday is that we celebrate in unison, despite our differences. Now almost 240 years after the first celebration, the enthusiasm around the birth of American independence is just as strong as ever. Granted, it may be different than the first days of merriment, it is the one holiday that most people all over the nation celebrate together and have since its inception. 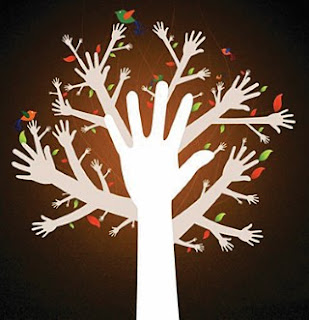 It’s true that we no longer hold mock funerals of King George III to symbolize our freedom from the monarchy as in the early years, but we do celebrate in one or more of the following ways: parades, patriotic music, backyard barbecues and picnics, swimming, boating, kayaking, laying on the beach and, last but certainly not least, enjoying the fireworks that light up the evening skies.

The gathering together as American citizens to celebrate in this way, whether we agree with the politics of the country or not, is an important foundation for another type of independence. The independence and freedom to exist in alignment with our perception of a life well lived.

John Adams, who assisted Thomas Jefferson in the writing of the Declaration of Independence, was no different. He worked closely with five other individuals (including Jefferson) to draft a formal document to justify the separation from England. Despite his deep-seated views, he worked with others to meet a common goal for the common good.

But Adams has been referred to as a radical in various ways. It is said that he believed the correct date to celebrate Independence Day was July 2nd - because that is the date the Continental Congress voted in favor of the resolution for independence. It didn’t matter to Adams that the resolution was formally adopted two days later, on July 4th.

To remain genuine to his personal viewpoint, it is reported that Adams refused invitations to attend or celebrate 4th of July events as a form of protest. How’s that for showing your independence on Independence Day?

The fact is – Independence Day can be celebrated every day and in our own ways. Is it easy to live together individually, celebrating it all? Well – maybe not easy but it’s possible and it can be done. How?

If we remember that we all warrant freedom and independence, no matter what – then I think we could celebrate each other uniquely, together in unity, and the freedom that comes with both every day. “Those who deny freedom to others deserve it not for themselves.” (Lincoln).

I think we all deserve it, don’t you?

Posted by The Windham Eagle at 6:24 AM