Insight: Familiarity in a changing world by Lorraine Glowczak

Bill Bryson once said, “Coming back to your native land after an absence of many years is a surprisingly unsettling business, a little like waking up from a long coma.” As I write this Insight, I’m sitting at the Topeka and Shawnee County Public Library in Kansas. I am in my home state to visit family and a few close friends. I enjoy returning home and seeing “old” places again for the first time. 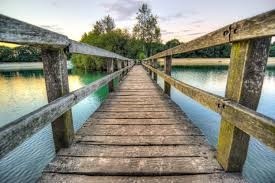 But, much like Bryson, I am always a bit startled when I see how much things have changed over the years. When I left home 20 years ago for my “short adventure” to the eastern seaboard, I somehow believed the life I left behind would freeze in time and would always greet me, just as it was when I left, remaining in its usual way upon my return.

I have discovered over the years however, the world does not revolve around me. The landscape and people continue to transform, refusing to accommodate my perception of time. This often happens when I visit someone I haven’t seen for a long while. On this return visit, I got to meet up with a young friend of mine. She is the 33-year-old daughter of one of my best friends in Kansas and is now a mother to two young daughters.

Bri and I, along with her mother and brother, have gone on a couple of road trips in the past. One such adventure included a trip through the Southwest and along the West Coast, camping along the way. We have often reminisced about the silly mishaps on this excursion, but there was no mention of such during this visit. Instead, we spent some time talking about what life was like now that her mother passed away from cancer 1 ½ years ago.

It was the first time we met up after her mother’s passing and life celebration. As Bri spoke, I was again amazed at how time travels and changes so rapidly. “Where did that nine-year old go?” I asked myself, thinking back to the moment I first met Bri and her mother.

But as I continued to listen to her, she amazed me with her strength and sense of serenity despite all things. There was a deep and calm beauty about Bri that she inherited from her mother and I began to sense a familiarity. For just a moment in time, life didn’t change. My native land and all who were in it when I left, remained the same. Her mother was before me, unchanged. As soon as the feeling arrived, it left just as quickly.

As for my own family, the grandchildren now have children of their own. “The only thing that has changed about us is that we are old, fat and gray,” my four brothers will joke. There is a bit of truth to their humor, and humor is one constant gift they give to me.

I thank my lucky stars that we can capture a few flashes of familiarity in an ever-changing world. And if we let it, it can soothe those drastic moments of change that startle us.