I’m pleased to announce that after careful consideration and discussions with my better half, I’ll be running for a third term in the Maine House of Representatives. Like my constituents, Sheila and I have built a life in Windham and are very proud to call it home.

I care about my community and know I still have a lot of important work to do.

Serving Windham’s people has been the greatest honor of my life and I know that this is repaid by maintaining a climate of trust with my constituents, doing my homework, and spending my days putting work before blind partisanship.

To do this, I make sure I am ever present in Augusta.

I currently sit on two committees which is a full workload. Since beginning my service, I have maintained a 100 percent voting and attendance record. If you’re not in the building or paying attention, it’s impossible to make decisions independently.

I understand that practicing civility is key.

The most notable fact about my time in the Maine Legislature is that one party has controlled the Senate, while the other, the House. Moving the ball forward for the people means having the ability and willingness to work with everyone in the building. I’ve demonstrated I can do this.

In the coming months I will be knocking on doors and visiting businesses throughout Windham and hoping to hear about your ideas and concerns. I’ve worked hard to make Windham a good place to live and work, but know that we can make it even better together.

I look forward to seeing you on the campaign trail. In the interim, you can learn more about me, my public service, and my positions on a host of issues by visiting www.coreyforhouse.com. 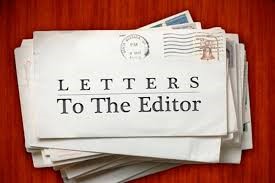 Increasing airline fees is a bad deal for Mainers.

There is nothing that drives me crazier than tax and fee increases when those increases are unnecessary. So you can imagine my outrage when I heard of a proposal in Congress that would increase the Passenger Facilities Charge (PFC.)

The Passenger Facilities Charge Program allows airlines to charge up to $4.50 per passenger, with that money going to pay for improvements to airports all across the country. The new proposal would increase that amount to as much as $8.50 per passenger, burdening families and business travelers with higher fares for air travel.

I’m all for making improvements in our nation’s major airports but they don’t need to gouge the passengers even more to pay for it. These capital projects can be paid for through existing revenue streams, including the Passenger Facility Charge (PFC) at the current cap of $4.50. There is no need to increase it even more. Let’s not forget that airports also have the ability to issue bonds that are backed by airport revenues and offer favorable financing terms.

Over the past two decades airport revenues have grown 44 percent and U.S. airports had almost $12.7 billion of unrestricted cash and investments on hand at the end of 2015. Federal grants, offered by the FAA’s Airport Improvement Program and funded through ticket and fuel taxes, are dedicated to infrastructure and capital improvements.

Bangor International Airport is in the middle of a $14 million improvement project. They have begun modernization of the first floor Domestic Terminal. Construction began in 2014 with refurbishing of the escalators that went into service in the summer of 2014. The new Ticketing and Passenger Check-In Center and the new baggage screening system was completed and opened for service in December 2015. The new ground transportation area and baggage claim area has been finished and opened 6 months later.

Ninety percent of the funds for the Bangor project came from federal funding sources (passenger ticket taxes that fund the Airport Improvement Program “AIP” and the Passenger Facility Charge) with the remaining 10 percent split between the Maine Department of Transportation and airport revenues.

The question is: if all of these projects were already paid for by existing PFC collection, why do we need to increase this fee on Maine travelers now? If so, does this need outweigh the importance of encouraging more reasonable travel rates in and out of Maine, which are already high?  Especially as Maine is trying to attract new businesses to our state?

The same thing is happening at airports all over the country. Over $100 billion of capital projects have also been completed or are underway at the nation’s 30 largest airports since 2008.  These include, for example, new runways at Fort Lauderdale, Washington (Dulles), Seattle, and Charlotte, multiple new runways at Chicago (ORD), new international facilities at Atlanta and Los Angeles, and new, expanded or modernized terminals at Miami, Las Vegas, Orlando, Hawaii, Houston, Denver, Seattle, Salt Lake City and San Francisco.  My point is that they don’t need the money.

There are some people serving in the government whose answer to everything is to dig a little deeper in to the pockets of the American people. That is the wrong approach, which is why I vehemently oppose any increases to the Passenger Facilities Charge. I urge everyone to reach out to your representatives in Washington D.C. and ask them to oppose this unnecessary increase.

Rep. Sue Austin represents House District 67 in the Maine House of Representatives which includes Gray, Frye Island, and parts of Casco, and Raymond. She currently serves as the Ranking House Republican on the Labor, Commerce, Research and Economic Development Committee

Posted by The Windham Eagle at 6:47 AM