Insight: On leaders and street sweepers by Lorraine Glowczak


There have been many amazing leaders throughout history but Dr. Martin Luther King, Jr. was, by far, one of the most exquisite among us. As we come to celebrate a day in his honor this Monday, I thought it would be good to review a few reasons why a day has been set aside in his name. 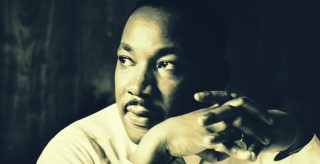 It is my hope that this little exploration of his leadership approach can help each of us in some way as we proceed in our own roles as leaders in the communities we serve.

For those who believe they are not a leader (although we all are in some way), perhaps this can help clarify your purpose and meaning in life.

In my research, I found the following to be some of the common factors that made Dr. King the inspiring civil rights leader he was, based upon his own quotes.

“If you stand for nothing, you have nothing to stand upon.”
If there is anything we can learn from Dr. King, it is to know the purpose or cause for which we live in the world. In an article published in Business Insider online magazine, “Three things we can learn from Martin Luther King, Jr.”, author James Rosebush stated, “If you think you have no cause to fight for, at least write down your core beliefs. Look at them every day and see if you have fidelity to them.”

And, remember Dr. King was very committed to his cause. He was arrested approximately 30 times for his peaceful and gentle protests. Not that everyone should go to that extreme, but there is a lesson in the level of dedication to one’s ideals and purpose.

“There comes a time when one must take a position that is neither safe, nor politic, nor popular but he must take it because his conscious tells him it is right.”

I have always wondered how Dr. King did this so eloquently. He promoted his deep belief of civil rights and did it with finesse, without being abrasive and aggressive towards others. He never shamed or bullied those who disagreed, he simply shared and worked for the cause he believed was his calling without fail. In doing so, he changed the social and civil culture that is now ours today.

Author Adam Torum wrote in his article “Leadership Lessons from Dr. Martin Luther King, Jr.” for Entrepreneur online magazine, “Dr. King knew that his dream of equality (even when equality was not popular) was more important than the status quo. His actions backed his vision
and he shook up the popular culture of the time. Sometimes doing things completely different is what's necessary for evolution and innovation.”


Remember this when someone challenges your own belief.

I wonder? Was King ever challenged in his own beliefs that made him reflect and decide with integrity to adjust?

I have never seen any reported answer to this question, but I suspect based upon his deep seeded religious philosophy, he fine-tuned his personal truth on a daily basis.

As Rosebush pointed out in his article, not all of us can spend our days working on a noble cause like Dr. King did. If you think you do not matter and cannot make any major changes, remember this quote. Be the best at whatever you are called or asked to do. You may not win a Nobel Peace Prize or a day may not be set aside in your honor, but if you live with integrity without judgment, you will indeed make an impact and, in one small ripple of a way, you can make an important change that contributes to the needs of society.

Posted by The Windham Eagle at 5:40 AM