Letter to the Editor by Karen Ogg

This is a public thanks to the Town of Windham and the Public Works employees who sand and plow the roads. You guys to an AMAZING job and I am always grateful to you - especially since I live at the bottom of a hill! Too often I take for granted all the wonderful things this town proides and  how my taxes are utilized.

Kudos
Karen Ogg
Posted by The Windham Eagle at 2:00 AM No comments: 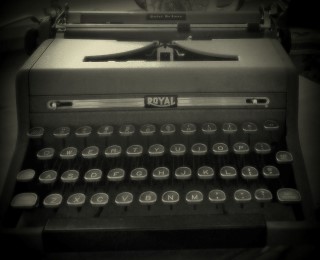 Recently, a few long-time friends and I were trying to organize a gathering with one another. Attempting to get all eight of our busy schedules to come together can be a feat similar to moving mountains.

In less than 24 hours, we miraculously managed to establish a time and date that accommodated each of our individually eventful lives. It’s been awhile since we’ve seen one another, so we were delighted that the plans worked out so well and so quickly. We’ll see each other in about three weeks.

I am a spouse of one member of this group of friends, so their stories and experiences precede me; but there was a time in their lives when they could spontaneously call each other up (on a phone attached to a wall) and simply say, “Let’s meet in an hour at the beach/bar.” Within the hour, the party started. I could say the same about my own past experiences.

I am now older and lead a very active existence. To be honest, I love my busy life because I only do the things I love to do, albeit a few required exceptions. But the idea that I have to schedule a “spontaneous” gathering with friends, weeks in advance, made me take a closer look at myself. I gather from others that I’m not alone in this fill-it-up lifestyle.

I suspect there are a multitude of reasons for this “busy bandwagon” that a majority of us have hoped onto that requires some self-reflection and courageous change. Or, we could all jump ship and get out of the so-called rat race altogether. However, I can’t be certain the opposite extreme is the answer, either.

I have decided that the temporary solution for my dilemma, until a permanent one comes along, is to be grateful that I am lucky to have the “problem” of living a full life. Of all the problems to have in the world, how can I complain about this one? Of course, I am not advocating for overbooked lives, but until we/I embrace that sought after balance - I am grateful that I get to schedule spontaneity with friends who love me and I adore. If we can hang in there with each other until we get the hang of a balanced life, perhaps one day we will call each other up (on our cellphones) and meet within the hour.
Posted by The Windham Eagle at 2:00 AM No comments:


I was glad to see in their announcement of legislative priorities for 2017 that AARP Maine will tackle issues of great concern to older residents: Caregiving, affordable housing, affordable utility rates and the protection of home and community-based services.  The latter refers to the security of programs of paramount importance to some of our most at-risk residents, programs such as the Medicare Savings Program and Drugs for the Elderly.  Mainers struggling with the rising costs of food and heat for their homes do not need the additional worry of how to pay for their prescription drugs.

All of these issues call attention to the fact that many older Mainers are vulnerable.  For example, we need more support for the thousands of family caregivers in Maine, many of whom are older adults themselves.  Many are working and could use the caregiver tax credit that AARP Maine supports.

We are also in need of more affordable housing.  It is unacceptable that 9,000 Maine seniors are waiting for an affordable, accessible place to live.  People are looking for housing they can afford so they can remain in their own communities as they age.

It will be interesting to see how the merger of FairPoint with Consolidated Communications will affect landline services and utility costs for Mainers.  In our rural state, affordable rates and reliable service is critical and I agree that no matter where you live in Maine, you should have access to telephone service you can count on.

I sincerely hope that our elected leaders will develop solutions for older Mainers that are sensible and sustainable.  I’ll be following quite a few bills this session, and hope others will join me in this endeavor.

Carol Laverriere
Windham
Posted by The Windham Eagle at 2:00 AM No comments:


I have lived in Maine for 18 years, recently making Windham my home for two. Being a relative newbie to the lakes region, I am discovering that my role as a reporter, and now managing editor, for The Windham Eagle introduces me to some pretty amazing people in the community. The list of descriptions I have used to depict the leaders and active participants I have met thus far include the following: Friendly, tolerant, innovative, intelligent, creative, entrepreneurial, supportive and motivated. But the one description I use the most is collaborative. In all my life I have never met such remarkably united individuals as those I have met in the Raymond and Windham communities.

As this newspaper lands in your mailbox, a new President is being inaugurated. So I want to take a moment to reiterate that this paper is non-partisan and does not support or oppose any political party or candidate. But I would like to recognize that we may face, as a nation, some pretty divisive issues and perceptions the next four years, making collaboration difficult. It is my hope that this community can continue in its cooperative manner, reaching common goals despite our personal and differing viewpoints.

It may not be easy but I believe it can happen. I wish I could offer expert advice on ways to remain civil and to continue our positive approach and discourse. I am, however, trying do my part to educate myself. I have started reading but have not completed the book, “The Righteous Mind: Why Good People are Divided by Politics and Religion” by Jonathan Haidt.

The author not only explores how the certainty of our own individual righteousness prevents us from civil discourse, he also reminds us that we are stuck here together for a while and it would behoove us to seek to understand one another.

I make a challenge to myself to do just that, seek to understand by truly listening to another’s point of view. I suspect it won’t always be effortless and I might trip and fall from time to time. One thing that might make it a little easier is if you join me with my personal challenge. Maybe by working together, we can not only show the rest of the U.S. how to cooperate effectively, but more importantly, we can show the young members of the Windham and Raymond communities how it’s done. Doing so, might create positive future leaders and contributing members of society who know how to be tolerant, innovative, intelligent, creative, entrepreneurial, supportive and motivated. Oh - and collaborative, too!

Lorraine Glowczak
Posted by The Windham Eagle at 2:00 AM No comments:

Letter to the editor - Identity theft


As a 21-year-old victim of identity theft and a current student at the University of Southern Maine, hearing about the recent phishing attempt at the Orono Campus scares me. I’ve had first-hand experience about how prevalent scams are and want to share some of the steps I have taken to keep my information, and my money, safe from scammers.

Being aware of where you make purchases and reporting any suspicious activity to your bank and/or the Attorney General’s Office is a good start.  This fall, my debit card information was stolen.  Because I review my statements each month, I noticed charges that were unfamiliar to me including several purchases at an out-of-state Dunkin’ Donuts.  I cancelled my card and worked with my bank to readjust the charges.  Had I not been checking my statements, I might not have been able to get my money back.

The AARP Fraud Watch Network has great resources and tools available at www.aarp.org/fraudwatchnetwork and you can sign up for free scam alerts to stay ahead of the fraudsters.  I’ve become a lot more cautious of how I’m sharing personal info—online and offline – and I encourage anyone reading this to place a credit freeze right away.

Insight - Preparation is the key By Lorraine Glowczak


Up until last week, I kept my recent appointment as managing editor under wraps, sharing it only sparsely as the subject came up. That is, until the official announcement was made in last week’s The Windham Eagle. The response from my family and friends has been overwhelmingly positive. One response, in particular, was perfect in the sense that it made me realize a little something about myself.

You see, I have always dreamed of becoming a full-fledged “real” writer. You know the type? The novelist that pounds down the coffee while hammering away at the typewriter in the morning, slowing moving over to a glass of wine in the afternoon with one chapter of the next great American novel completed by the end of the day.

Yes, I have an old fashioned typewriter. No, that “real” writer’s scenario hasn’t happened, yet.

Also, I had made a promise to a close writer friend of mine who had ALS, assuring her that I would write and publish in her place. That promise was made over ten years ago. So last year as I entered into my 50th journey around the sun, I decided I better get my rump in gear. That included, with the encouragement of my husband, taking the plunge this past fall and risking it all by leaving a job I enjoyed to pursue the writer’s life.

While many looked on to me with admiration, it seems I may have frightened a few others by choosing to leave full time employment. One response I received from a very dear friend of mine, once she learned of my new position was, “When you quit your job this fall, I wasn’t sure you were making a smart move, but I guess you knew more than we did.”

The thing is, she had a right to be concerned. I love adventure more than possibly wise, jumping into the unknown without a parachute. I have stepped off that cliff more than once and, although most often I took flight and bettered my life, I have also paid dearly for the few times it didn’t go as smoothly. She has witnessed those times.

But what I learned the most from her statement is that I did know more about what I was getting myself into this time around. I took a calculated risk that came with a back-up plan. My parachute was packed properly and on my back when I jumped.

Gratefully, the parachute opened without hindrance and I touched down in the land of positive and solution-based journalism. I’m one to encourage risking everything to follow dreams, but now that I’m a little wiser, I also encourage preparation. It, for me, has made all the difference.
Posted by The Windham Eagle at 2:00 AM No comments: