Being 17 isn’t easy. This is the first time that you are most definitely judged against your peers for college admittance, for scholarships, for summer jobs and for class rank in high school.

Another thing I found odd was when I went to have my taxes prepared for the first time. Parents don’t get a deduction for a 17-year-old. The $1,000 per child, not if the “child” is 17. Again, not an adult, but not a child either. Are we parents still paying for the child to live in our homes, eat our food and most of the time cloth them? We also are looking at a huge college tuition bill, but none of that matters to the federal government?

Next year the $1,000 does come back in the form of education credits, I’m informed, but does this seem odd to anyone else?

Are 17-year-olds different in some way? The pressure is on to apply to college and get scholarships and meet deadlines all while keeping their grades up. They are finding themselves being graded, judged and broken down by the system.

Thankfully on the flipside of that, 17-year-olds are learning about success when they get into their first choice college and some get those scholarships and others work at a job where the boss is constructive and interested in having a good working environment.

Being a teenager is a learning experience. They tell incoming middle school parents that your children will change so much over the next three or four years. You may not recognize them. You may not want to smell them, but they are still kids.

I believe that between ages 16 to 18 these people become more like adults. They transition into driving a car, getting a checking account, debit card and possibly a credit card. They learn about responsibility and working toward a goal.

For all of you 17-year-olds out there, good luck getting through the next few months and heading on your path to success. To parents of the 17-year-olds, I refer back to my previous questions, does this seem odd to anyone?
Posted by Michelle Libby at 3:54 PM No comments:


True confession time…maple syrup isn’t my favorite food item. I’d rather have the Mapleline flavoring that my grandmother used to make the sugar water taste like maple syrup and that brings back childhood memories. However, my husband and daughter love maple syrup and I love a project that makes them happy. Each year we head out into the wood and tap some trees. 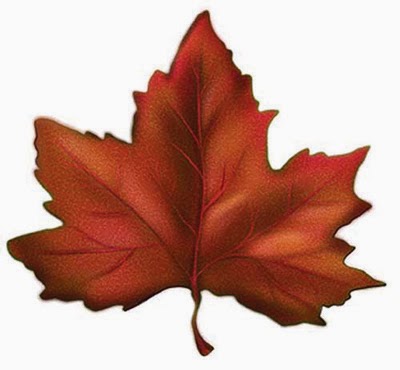 My husband brings in the sap and I boil it down. For the last 10 years I’ve been boiling it in a big stock pot. That’s a good way to do it, but I get distracted. As any mom can tell you, watching a pot boil is not a productive thing to do.

So I let it boil and boil and boil. Next thing I know, the smoke detector is going off and I’ve created hard maple candy, most of it burnt and impossibly hard to clean off the bottom of the pan.

Last year I was introduced to the wonder of the syrup boiling pan. One of the ad executives from The Windham Eagle told me that For the Chef had a large rectangular pan that sits across two burners and boils the heck out of the sap. I couldn’t pass up the opportunity to make my syrup creation a better process. It took half the time to boil gallons of sap and I didn’t caramelize it to the bottom of the pan. Success.

I’m looking forward to boiling more sap this year in my pan, but we haven’t started yet because it has been so cold.

Sunday is Maple Syrup Sunday in the State of Maine. People will head to the sugar shacks and pancake breakfasts to sample the homemade syrup the professionals make. If you’ve never seen the process of how sap is made into liquid gold, I recommend you check it out this Sunday. Also, I recommend you try the vanilla ice cream topped with syrup. It’s yummy.

Insight - Happy Birthday to The Windham Eagle - By Michelle Libby


Happy Birthday to The Windham Eagle! When we started this paper we had specific goals for ourselves and the newspaper. I’m happy to report that we’ve met most of those goals and have exceeded others.
Starting a newspaper is a scary endeavor. Our question when we at The Windham Eagle began looking at the big blank pages of our paper, was what can we offer the community? How can we be different from the competitors?
If anyone has met Kelly Mank, the publisher of The Windham Eagle, they would know there was only one way to go…positive. Reporting about the tragic happenings in a community is not easy. I hated calling the family members after their loved ones died in an accident or killed someone after driving the wrong way up the highway, but when people in our community want to see this type of news they turn to the evening news on one of the three “local” stations. We have had the opportunity to report on serious accidents, unfortunate mistakes made by some in the pubic eye, but we have chosen not to.

The Windham Eagle is a newspaper that any child, student or grandparent could pick up and read. (Of course those first few weeks, we tried to squeeze all the info in by having smaller type…didn’t work so well for some eyes.) We have learned so much and have grown like any newborn over the first year.
We are so happy to celebrate our first birthday with our fabulous writers, staff, readers and advertisers. The team we now have in place is strong and committed. We are always looking for  local business owners who see the value in The Windham Eagle and are willing to support us. Going forward we would love to hear from our readers. Write to us and tell us what’s on your mind and what you’d like to see covered.

Thank you for reading.

Posted by Michelle Libby at 12:18 PM No comments:


Graduating from high school is a huge milestone and as most of you know, I have a senior graduating this year. However, there is another transition happening at our house. My youngest is entering Windham High School this upcoming fall. Monday night, Principal Chris Howell and his staff welcomed incoming freshman, the class of 2018 to the school to visit and to hear about what’s going to happen over the next four years.

There were a number of us in the audience who were experiencing the talk with the perspective of a parent with one child leaving WHS and one entering.

Principal Howell rattled off some interesting trivia about Windham High School. He told the group that there are approximately 1050 students and 138 staff members and when in session, it is larger than most small towns in Maine. The building takes up four and a half acres. (No wonder parent nights are so exhausting.)

Howell also touched on freshman seminar where there will be speakers and others discussing everything from study habits to digital citizenship.

What is your plan for after high school is over?

Going into high school is a scary endeavor for freshman. New school, new teachers, new way of thinking, and so many more choices. For parents it’s another learning experience with the push and pull of helping your child and letting them have enough freedom to feel accomplishment.

Use the resources the school provides. Check Infinite Campus even if your child says all the work is done. Use email to contact teachers and don’t be afraid to ask questions.

I can’t believe how fast time has gone and I’m pretty sure my son didn’t skip any grades, so here we are on the click, click, click up the rollercoaster. Good thing my seatbelt is fastened…


ABC Wild World of Sports had it right, but so did Proctor and Gamble when they said that the gold medals should go to moms everywhere.


This week I have been exposed to the thrill of victory for parents of the girls’ basketball team and the bitter coldness at Shawnee Peak where I found a mom huddling in her multiple layers waiting for someone from Windham to descend the hill so she could shake her cow bell for them.

As parents of competitive athletes be it soccer, basketball, track, hockey or swimming, all us deserve recognition for the early, and I mean early, morning hockey practices, for the Saturdays spent at a loud track meet waiting for the minute long race your child will be in or for the swim parents who sit on a hot, humid pool deck, which in the middle of winter sounds good, but once they realize that they shouldn’t have worn the UnderArmor or the sweater…isn’t as nice as it sounds.

Parents who watch their child score the winning basket and later in the week have to console the same child when the team loses, deserve recognition.

Athletes train for their sports. There is no training for parents, except for on the job. After I attended my first coach pitch softball game in which my daughter was a participant, I called my parents immediately and apologized for making them sit through years of softball games. It’s just what parents do. Some take up knitting to pass the time while others make friends and socialize through the practices.

Parents pick up their children when they fall, comfort them when they are sick and love them no matter how long they have to wait for them to leave the locker room after swim practice.

Despite the times we as parents wish we could stay home instead of driving to Topsham for soccer, know that when there are no longer the baseball games to go to or wrestling matches to attend, we will miss those commutes and that time cheering on our children.

Win, lose or draw, it doesn’t matter because when it comes right down to it…parents get the gold medal every time they watch their children play, run, jump, swim, wrestle, swing or catch.
Posted by Michelle Libby at 10:19 PM No comments: