Andy Young: The Making of a Soccer Coach

Several decades ago, the athletic director at my alma mater was so desperate for assistant coaches for the high school’s fall sports teams that he recruited me to be one of them. 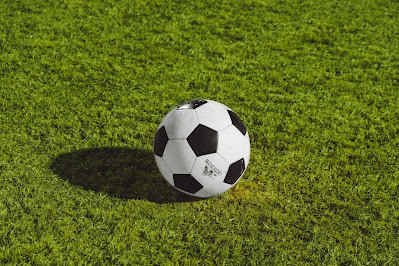 I was probably viewed as a viable candidate because I had previously coached boys’ freshman basketball there without abusing any referees, inappropriately interacting with students, or offending any hyper-competitive parents. I also had extensive baseball coaching experience. However, most importantly I was between jobs at the time, meaning I was available immediately.

I loved (and excelled at) basketball, but my qualifications for coaching either soccer or football were virtually nil. However, that didn’t appear to bother either sport’s head coach, each of whom seemed unusually eager to have me join his staff.

The football mentor made his pitch first, and even though I confessed I hadn’t played the game since a knee to my helmetless head had rendered me unconscious in a backyard game several years earlier, his ardor for me was palpable. “You’ll be great!” he said, assuring me he’d teach me everything necessary to coach the wide receivers and defensive backs.

While my football knowledge was limited, it was vast compared to what I knew about soccer. The only game I’d ever seen was one my father had taken me to before I was old enough to object. It was boring, bitterly cold, and as I could best recall every player on both teams (the Bridgeport Portuguese and the Bridgeport Puerto Ricans) was under 5-feet-6 and didn’t speak English.

The soccer coach, a notoriously straight shooter and former goalkeeper for the Bridgeport Italians, wasn’t deterred by my obvious inexperience. “Number one, you know enough for JV,” he said. “Number two, whatever you don’t know, I’ll teach you. Number three, you’ll be done October 15th.” Then he added, “By the way: football season goes until Thanksgiving. But hey, if you’d rather freeze every afternoon for the next six weeks after the JV soccer season’s over, go right ahead.”

What he didn’t say, presumably because he was confident, I already knew it, was the soccer team was likely to contend for the league title and state championship, while the undermanned footballers would probably lose more games that September than his soccer squad would in the next two or three seasons combined. He closed the sale by declaring, “Oh, and I don’t have anyone else, so I’ll see you tomorrow.”

The rest is history. The JV soccer team won close to 90 percent of their games over my six seasons as their coach, while the varsity took home a pair of state titles during that same period. Even better, I began actually playing the game, both outdoors in the summer and indoors in the winter, and to my delight found being the biggest and fastest person on the field was nearly enough to compensate for an utter lack of basic foot skills.

Even better, after just a few years on the job people in the community, basing their judgment entirely on the JV team’s stellar record every fall, began assuming I was a brilliant mentor for their boys.

There was one downside, however. One late autumn evening at a local grocery store I overheard two parents in the next aisle who, apparently unaware of my presence, were critiquing my coaching performance during the just-completed season.

“He really did a great job with the kids!” the first one exulted. “Yeah,” responded his friend. “But he should stick to what he knows. Sure, the guy can coach soccer, but it’s obvious he doesn’t know the first thing about baseball or basketball!” <
Posted by Ed Pierce at 2:04 AM