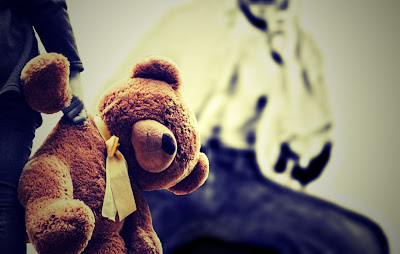 After four Maine children died last summer – allegedly at the hands of their parents – I and many other Maine lawmakers formally requested that the Legislature’s Government Oversight Committee (GOC) begin a thorough investigation of Maine’s child protection system. It’s clear that the system is failing to protect kids, and the only way we can make the changes we need to is by understanding exactly what went wrong in these cases, and where other shortcomings and challenges lie.

The GOC strongly agreed with us, and in August 2021 they voted to authorize an investigation to be carried out by their independent partner office, the Office of Program Evaluation and Government Accountability (OPEGA). One year later and the investigation is still ongoing, with the GOC and OPEGA doing great work collecting critical information, reviewing systems and listening to the public.

Their work is nearing an end, at which point the GOC may recommend reforms that the 131st Legislature can vote on when it convenes in 2023.

In July, the GOC requested that the Department of Health and Human Services (DHHS) share the case files for the four children who died last summer to help in the final steps of the committee’s investigation. Those children — 6-week-old Jaden Harding, 3-year-old Hailey Goding, 3-year-old Maddox Williams and 1-month-old Sylus Melvin — all have parents who have been charged with murder or manslaughter in connection with their deaths.

If the GOC could access these case files, they may learn critical information about what went so horribly wrong that these children ended up dead. Last month, DHHS denied this request under advice from the Attorney General’s office, saying that sharing this information with the GOC may put ongoing criminal investigations at risk. While DHHS will share the case files with OPEGA staff, they are refusing to share them with the elected members of the GOC. I find that unacceptable.

The GOC has two choices now: They can rely on OPEGA’s staff to summarize and share the key points of the case files, or they can pursue legal action against DHHS and demand that the files be handed over.

I believe it’s critical to the integrity of this investigation and of future investigations that the GOC firmly stand their ground and assert what I and others believe to be their right: To review these cases in a confidential, closed-door session, where they can uncover potentially critical facts without jeopardizing the criminal investigations into those responsible for these heinous acts.

Thanks to family members speaking out, we already know some critical information about the case of Maddox Williams and how our child protection system failed him. Despite the fact that Maddox was living safely with his paternal grandmother, he was placed back with his mother – who had a history of involvement with the child protection system – over the objections of other family members.

Maddox’s mother, Jessica Trefethen, is scheduled to go on trial this fall for Maddox’s murder. There’s no telling what additional details a review of Maddox’s full case file may uncover, or what shortcomings of our child protection system may be revealed if the GOC is allowed to examine the case files of the other three children.

When I served as a member of the GOC back in 2018, our state was confronting two heartbreaking tragedies: The murders of 4-year-old Kendall Chick in December 2017 and of 10-year-old Marissa Kennedy in February 2018. Both girls had prior involvement with Maine’s child protection system, and yet both girls were murdered by their parents.

The GOC’s current investigation is much broader than what we undertook in 2018, as it should be. If we want the GOC to be able to do the work they set out to do, it’s imperative that they have access to any and all information that aids in their work, including these case files.

If you believe a child is in immediate danger, please call 911. To report cases of suspected child abuse or neglect, call Maine’s Child Protection Intake line at 1-800-452-1999. If you have concerns about how a child protection case is being handled, contact the Maine Child Welfare Ombudsman at 207-213-4773.

As always, I’m here to talk through your questions and concerns and to help you address any challenges you may be facing. You can email me any time at diamondhollyd@aol.com or call my office at 207-287-1515. <
Posted by Ed Pierce at 2:02 AM