Insight: My five most influential books 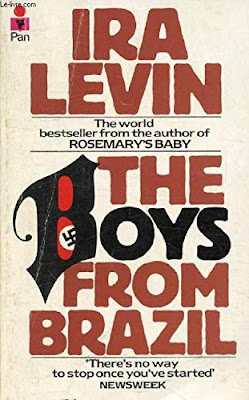 A few weeks ago, a college student conducting a survey asked me if I could name the five most influential books I’ve read during my lifetime.

Having read hundreds of books through the years, I found the question to be enormously challenging, especially trying to whittle the field down to just five. I had to think hard about what books I’ve read and then if I should deem them as influential or not to shrink the field down further.

I discovered that some books on my list were merely for entertainment and others were read so I could learn more about a particular topic or reference or they were mandatory for a high school or college class.

This was a significant challenge for me, but after rattling five books off the top of my head quickly for the survey, and then giving it more thought, I came up with my real list of the five most influential books that I’ve read in my lifetime and why.

I did not list any from my extensive collection of Classics Illustrated comic books as a teenager, anything from the Hardy Boys series, CliffsNotes Study Guides, or The Bible just to free up more space. All books on this list are in no set order of significance.

** “The Boys from Brazil” by Ira Levin. I read this when I was in the U.S. Air Force in Germany in the 1970s and couldn’t put it down. It held my interest from start to finish and I found it to be amazing storytelling with some unexpected twists and turns along the way. It was suspenseful and everything I looked for in a great read. A film adaptation was later made starring Laurence Oliver and Gregory Peck, but for me it didn’t match the intensity and intrigue offered by Levin’s novel.

** “Captains and the Kings” by Taylor Caldwell. I read the first chapters of this book in a Reader’s Digest condensed novel on a bookshelf in a relative’s home and found it to be worth buying the book when I found it a few years later in a library book sale in the early 1980s. The story of an Irish immigrant to America in the mid-1850s appealed to me as did his quest for relevance as he became older and the patriarch of a successful family. I liked Caldwell’s descriptive storytelling and ability to make you empathize with her characters made this worth the time I spent reading the book.

** “Tuesdays With Morrie” by Mitch Albom. I read this in 1999 when I was recovering from cancer surgery. A friend had recommended it and I knew of Albom’s work as a sportswriter and columnist in Detroit in the 1980s. What I didn’t know was how impressive a writer he is and how this book would take me on a roller coaster ride of emotions. It’s a simple story about a series of visits a journalist makes to his college sociology professor who is dying. Albom’s book reminds us that we all need to slow down and enjoy our lives because the clock is ticking and none of us are here forever. Morrie’s approaching death makes him appreciate life even more and it’s a lesson that we can all take to heart.

** “Pistol: The Life of Pete Maravich” by Mark Kriegel. I saw this book at a bookstore and being a huge fan of basketball, I knew that it was a must-read for me. I first became aware of Maravich when he played in college at Louisiana State in the late 1960s and he stood out because of his floppy socks and uncanny ability to score from anywhere on the floor. What I didn’t know about Maravich was his struggle for acceptance from his perfectionist coach and father, his strained relationship with his alcoholic mother and his battle to recover from a devastating knee injury that should have ended his superstar career in the National Basketball Association not long after it had started. I loved this book because it made me admire Maravich for his humanity, not just another star athlete.

** “Light Years” by James Salter. I was assigned to read this novel in a college English class and found it to be elegant and moving. It’s a portrait of a flawed marriage over two decades and includes the peaks and valleys along the way as it barrels toward a divorce. The story is told without judgement or blame and features rich characters trying to survive the disappointments we all must deal with in life and navigating interactions with those they love. I found this book to be captivating yet profoundly sad in many ways. Loved Salter’s descriptive writing and how he presents the story and lets the reader gather their own conclusions about the characters.

This list could have gone on and on and it was difficult to winnow it down to just five books that have stayed with me through the years. I suppose I could be described as someone who is interested in learning about what it is to be human and how it relates to my own life.<