Insight: A witness to history in the making

On the morning of April 22, 1970, I put on a dress shirt and a necktie, dress pants and a green sportcoat and made my way to meet my friend Ralph Harrison at the high school I attended in Henrietta, New York. 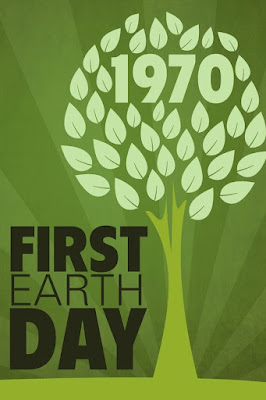 Ralph had graduated the spring before and was in college. I first met him when he volunteered to teach our class during Senior Administration Day when I was a sophomore. He had been an exceptional prep athlete and a star in both football and wrestling.

And as it just so happens, Ralph also was about one of the smartest fellows I’ve ever known and I was good friends with his brother, Bruce.

When word got out in mid-April that Ralph was looking for a student to accompany him and speak to classes at the junior high school about the importance of protecting our environment, I was enthusiastic about the opportunity. Although I didn’t know a lot about science, I was able to convince Ralph to let me be the student to go with him that day.

The occasion that we were planning for was a brand-new event called “Earth Day,” something I had never heard of before. But I took my cues from Ralph and in the space of a week’s time, I learned as much as I could through research at the town library about the effects of air and water pollution upon our planet and the devastating effects that aerosol-propelled spray cans were having on the ozone layer surrounding the Earth.

The concept of that first Earth Day was a product of the activism of the 1960s. It had been proposed by Wisconsin Senator Gaylord Nelson, who had been concerned about a deterioration of the environment in America. Nelson had formulated a plan to raise student awareness of environmental issues after watching student protests across the nation on behalf of civil rights and those opposed to the involvement of the United States in the Vietnam War.

After traveling to Santa Barbara, California where he witnessed a major oil spill offshore there that harmed aquatic life, Nelson led a bipartisan effort in Congress to get young people involved in safeguarding the environment for future generations of Americans.

A weekday was chosen that fell between spring break for students and final exams for the observance of “Earth Day 1970” to maximize student participation on both college campuses and schools throughout the country. That was April 22, 1970, a Wednesday as I recall.

I got to sit in and listen to Ralph as he spoke to his first class at the junior high school that day and they seemed to hang on his every word.

When it came my turn to speak to a seventh-grade class during the next period, I reached into a brown paper grocery bag and pulled out my father’s Right Guard deodorant spray can, and my mother’s Final Net hairspray can which I used as props for my speech. Many of the students weren’t aware that despite being widely popular and heavily advertised on television, aerosols were harmful to our ozone.

Ralph and I were among a group of about eight students from Henrietta who spoke to junior high classes that day and my confidence had been boosted when he assured me that my presentation was good and told me he wasn’t nervous speaking before students, and I shouldn’t be either.

I had never spoken before such a large group of people before, but I plunged right in and even took questions after my speech was finished. I came away from the event more socially conscious about protecting the environment and certainly more comfortable speaking before other students.

Through the years I have stayed in touch with Ralph Harrison. After retiring from a long and successful career in automobile sales and helping thousands of individuals drive away in their dream cars over the years, Ralph ran for a seat this spring on the Winnebago County Board of Supervisors in Wisconsin and was elected to the position.

Since that very first Earth Day, significant progress has been made by ordinary people from all walks of life to keep our world healthy. As a result of increased public awareness of environment issues in America, the Environmental Protection Agency was established, the Occupational Safety and Health Act for workers was implemented, along with the Clean Air and Clean Water Acts. It also has led to the Endangered Species Act, the Safe Drinking Water Act and the Resource Conservation and Recovery Act putting the EPA in charge of the safe disposal of hazardous waste.

In 1990, Earth Day became a global event and now protecting the planet has mobilized more than a billion people worldwide each April 22 to strive to make changes in the way we humans treat the environment.

Little did I know as a high school junior on April 22, 1970, that I would become a participant in such an important global event that would have such a profound and lasting change for the world we all live in. If I did, I would have spent more time shining my shoes that morning. <