Insight: Coming to grips with the inevitable 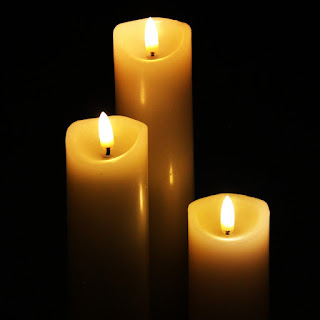 Turns out there’s no manual for dealing with loss. There’s no shortcut to overcoming the sadness, the tears or the pain associated with the death of a friend, a family member or someone we’ve known and respected for a long time.

But somewhere in trying to reconcile that everyone sooner or later moves on from the earthly plain of existence, it’s comforting to know that others grieve, feel sorrow and try to make sense when death touches our lives.

Within the span of just under five months, I have lost a beloved neighbor, my favorite brother-in-law, and my trusted auto mechanic, and certainly all gone before their time.

My neighbor Andrew left us on Nov. 26 at the age of 37, done in by pneumonia. He had survived a severe traumatic brain injury in his early 30s after an accident that would have left others without hope of recovery.

Yet despite his disability, he fought hard to overcome significant physical challenges and was an inspiration to everyone he met. I’d watch him walking slowly down our street with his physical therapist and think to myself how he refused to give up.

Andrew loved the outdoors and would go camping at the lake with his family each summer and was adored by his nephews and family for his perseverance and his ability to live as normal a life as possible.

His death was another blow for his mother and his family, who were still coping with losing Andrew’s father suddenly in 2018.

Last summer, my brother-in-law Bobby informed us that he had been diagnosed with brain cancer. Bobby had always been someone I looked up to. I greatly admired his corny sense of humor and his hearty laugh and smile.

Whenever he talked to me on the telephone, Bobby always started the conversation that same way with a bad imitation of Lilly Tomlin portraying Ernestine, the snarky telephone operator.

“Is this the party to whom I am speaking,” he would ask and no matter how many times I had heard that silly joke, I always laughed and replied, “It is.”

Not to be outdone, when my wife Nancy and I called him on his birthday every December, I always started my conversations with him in a similar fashion over the span of the decades that I knew him.

I can’t recall ever visiting his home and not seeing the Music Choice on Demand 1960s channel playing on his television. He also played and sang at church services every week, something I thought took a lot of confidence to pull off successfully.

Bobby’s condition slowly deteriorated into last fall, and he could barely speak to us when we called to wish him a happy 73rd birthday on Dec. 16. He died in a hospice facility in North Carolina on Jan. 2 and in keeping with his wishes, the family will gather at a military cemetery in Vermont next week for a final sendoff.

Last weekend, I attended a visitation gathering at a funeral home and a church service to remember my friend Byron, who lost his life at age 39 to an aggressive form of cancer. It was especially poignant because Byron’s young daughter had been a student of my wife when she was in first grade several years ago.

Byron was a man of few words but was the best automobile mechanic I have ever known. He never overcharged or sold you anything you didn’t need and was known as a person of integrity and someone who tried to help others in the community.

His wife said that Byron loved to collect and restore old cars and he also had a soft spot in his heart for animals in distress, taking in dozens of dogs who needed rescuing.

Back in November when my vehicle wouldn’t start and an AAA-dispatched technician couldn’t diagnose the problem, I had my car towed to Byron’s shop. As the car was being lowered into the lot, the tow truck driver told me he thought being a newspaper editor made me famous and he asked if he could take a selfie photograph with me. I reluctantly agreed and then turned my car keys over to Byron.

“Hey Mr. Celebrity,” Byron said to me when he called later to tell me my car was ready. “Your battery needs replacing, and can I offer you some Grey Poupon?” Those were the final words that Byron said to me before he passed away on April 3.

All three of these men’s photographs are now displayed on the front of our refrigerator and I’m reminded of their untimely passing each time I open refrigerator door.

My wife says there’s surely a lesson to be learned from these unexpected brushes with the Grim Reaper. “Be prepared,” she said. “You just never know.” <
Posted by Ed Pierce at 2:08 AM