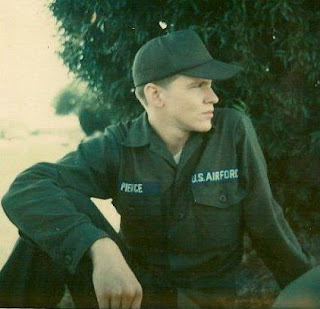 Each day millions of photographs are taken around the world and stored as images to be viewed later. These pictures are captured as moments in time and reflect joy, sadness, splendor, sorrow, majesty, and beauty. These snapshots can depict significant occasions or a person’s desire to save an image of a child’s first steps, a wedding or from a cherished reunion.

Whether taken on a cell phone or by a sophisticated digital camera, none of those images can compare to the ones captured forever and stored inside your brain by your memory. Throughout our lifetimes, every one of us when healthy can vividly recall the moments that have made us who and what we are today, and we all possess the ability to relive the backstories, recollections and events leading up to what makes these remembrances so special to us.

Someone recently asked me to choose three moments in time from my life that have profoundly affected me, what would they be, and why did I narrow the list to these three? Here’s what I answered…

May 19, 1991: It was a Sunday, and I was living in Florida after having moved there three months before. I was staying in my parent’s guest room while saving up money to get my own apartment. About 2:30 a.m. the doorbell rang and knowing that my mother was a sound sleeper, I got up to answer the door. I still recall what I saw when I turned on the porch light and opened the front door to my parent’s home. Standing there was a state trooper in uniform who asked me to step outside for a second.

I did and he told me his name and he asked me my name and if my mother was at home. I answered yes and he then told me that my father had been involved in an automobile accident earlier Sunday evening near Orlando. My father had gone to visit his elderly sister for the day about an hour and a half away and had driven his station wagon there. The trooper informed me that a drunk driver had crossed the center line of the highway and struck my father’s car killing him. At first, I thought the drunk driver had died, but the trooper told me my father had done nothing wrong, was doing the speed limit and had his seatbelt on when he was killed.

That ringing doorbell changed the course of my life and left me without a father, who I had just gotten to know again as an adult after living thousands of miles away for years and service in the military overseas. So that’s one frozen moment in time I’ll never forget.

April 22, 2004: It was a Thursday evening in Florida, and I drove to meet an elementary school teacher named Nancy after getting off work. I had been corresponding with her online on a dating website. We agreed to meet over ice cream at a Friendly’s Restaurant and that date changed the arc of my life significantly. She was beautiful, humorous and the conversation flowed easily. Without a doubt it was the best date I ever had, and we agreed to see each other again soon. Around 14 months later Nancy and I were married, and I will never forget that first date or laughing at her homemade sign around her neck that read “Hi Ed” as she stepped out of her Ford Bronco and into my life forever. Another moment frozen in time.

June 10, 1977: It was a Friday morning, and I walked into a conference room in the Federal Building downtown in Albuquerque, New Mexico. I joined a group of people in the room who stood silently at attention when a judge wearing a black robe entered the room.

We all raised our right hands and proudly repeated the following oath. “I do solemnly swear that I will support and defend the Constitution of the United States against all enemies, foreign and domestic; that I will bear true faith and allegiance to the same; and that I will obey the orders of the president of the United States and the orders of the officers appointed over me, according to regulations and the Uniform Code of Military Justice. So help me God.”

The members of this group were then congratulated for enlisting in the U.S. Air Force and a few hours later we were all put on a flight to San Antonio, Texas for six weeks of basic military training at Lackland Air Force Base. That morning at the Federal Building in Albuquerque remains stuck in my memory and is another one of those occasions frozen in time that changed the direction of my life and made me who and what I am today.

The collection of the most meaningful photographs in the world are not contained and displayed in some posh museum in a faraway country or flashing on some gigantic screen in Times Square in New York City. Instead, these indelible images are readily accessible whenever you want in your own mind.

What precious memories do you hold sacred that are frozen in time for you? <