Insight: Looking into the 2022 crystal ball 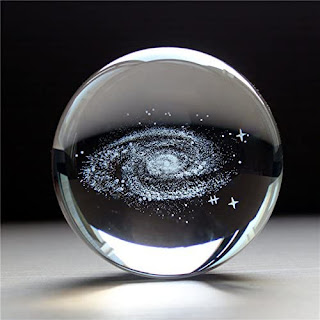 I probably don’t follow many traditions about New Year’s Eve, but back in the 1990s I never missed a Dec. 31 episode of ABC’s Nightline television program because that was their annual predictions show.

Anchor Ted Koppel would host the distinguished prognostication panel every year that featured Pulitzer Prize winning columnist and former presidential speechwriter William Safire; economist Arthur Laffer, the so-called “architect of the 1980s supply side economics” movement; and former Sports Illustrated writer Frank Deford, the dean of American sports commentary. Koppel would lead the panel through a discussion of their thoughts about the coming year and then they would each make three bold predictions for the new year after a review of their previous yearly predictions.

This was always a fast-moving hour of television and I’ve always appreciated the keen insight of Koppel, who was able to move with ease from topics ranging from politics to religion to business to sports, all while keeping panelist egos in check and the discussion focused on what would be in the news in the unknown year ahead.

After Koppel retired as Nightline host in 2005, the prediction show came to an end. Safire died of pancreatic cancer in 2009 and Deford passed away at age 78 in 2017.

After an absence of 16 years, I still miss that panel’s wit, humor, and collective intuition in predicting future events. Although I may not be in their league, perhaps I can start a New Year’s Eve tradition here in 2021 by making a few annual predictions of my own.

Let’s see how many of these predictions will come to pass in 2022:

** Former New England Patriots quarterback Tom Brady, who also won a Super Bowl last season playing for Tampa Bay, will retire after the end of this season. My best guess right now is that Tampa Bay is not going to reach the Super Bowl again in 2022 and Brady has had enough. He will turn down lucrative offers to host several NFL Sunday pre-game shows and instead will run for Massachusetts governor and win in a landslide in next year’s election.

** As “supply chain” issues are slowly resolved, the price of gasoline for American drivers is going to stabilize at about $3 per gallon. After months of consumers paying through the nose and enduring seemingly unending rising prices with each visit to the pump, oil companies will settle on $3 as the going rate in 2022.

** The Major League Baseball lockout will end in mid-March delaying the start of the 2022 season by a few weeks. A new lottery style draft system will be implemented to eliminate the strategy of teams who “tank” to receive a higher draft pick. Player salaries and owner profits will remain ludicrous though. The New York Mets will reach the 2022 World Series but ultimately lose in six games to the Toronto Blue Jays.

** Fast-food restaurants will slash menus significantly to speed up drive-through service times and reduce staffing needs. Many of these same restaurants will also cut hours and days that they operate just to survive in the highly competitive fast-food environment. Chicken wings and breakfast pizza could be the hottest selling drive-through items in the coming year and gooseberries will grow in popularity as a healthy alternative offered in the supermarket produce aisle.

** Poland will be the epicenter of international controversy next summer when it declares its intent to withdraw from the European Union like Great Britain’s Brexit.

** Trucker jackets will be the fashion rage for women in 2022 while anything plaid or crocheted will be best sellers for females too. Leather vests for men, tight trousers, and belted raincoats all will be making a comeback in male fashion trends.

** The Florida Panthers will defeat the Edmonton Oilers 4 games to 1 to win the Stanley Cup. The Purdue University Boilermakers will capture the NCAA men’s basketball title by knocking off the UCLA Bruins in the championship game.

** HBO Max will announce production of a new “Sopranos” television series sequel featuring a new generation of actors hoping to capitalize on the show’s continuing popularity. Edie Falco will reprise her role as Carmella Soprano and Robert Iler will return as A.J. Soprano in this new revival.

** The real estate market will continue to boom in 2022. As more people search for affordable housing and businesses continue to reduce overhead and site expenses by allowing workers to perform their duties remotely, those looking for homes will not slow down at all in the coming year. Real estate demand will remain high.

** Prince Harry and his wife, Meghan Markle, will announce they are expecting a third child in the coming year. I’m also predicting that the couple will be at the forefront of a new global effort to eliminate childhood poverty.

** The Maine Legislature will vote to allow municipalities to create a new revenue source by authorizing towns and cities to set-up a system to license pet cats annually like existing annual dog licensing programs.

As Yogi Berra once said, “It’s tough to make predictions, especially about the future.”

Happy New Year to one and all. <