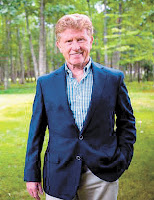 In the 20 years I’ve been working on child welfare issues, never have I heard from so many people with their own stories of how the system let them down as I have these past few months. After a summer marked by tragedy, we continue to see stories in the news about children dying with sad regularity – most recently, 14-month-old Karson Malloy of Oakland died after suffering a medical emergency at home. Inside the home, police found evidence indicating drug trafficking, including a shocking 5.85 pounds of deadly fentanyl.

In October, Casey Family Programs released their assessment of Maine’s child welfare system, as the Department of Health and Human Services (DHHS) had contracted them to do. In response, DHHS laid out plans for changes including reviews of staffing plans and better coordination with hospitals and law enforcement.

While I’m always hopeful that we’re getting closer to the systemic change we need, I expect that the review currently being conducted by the Office of Program Evaluation and Government Accountability (OPEGA) will give a more thorough account of the problems. OPEGA will deliver their full report in September 2022, with interim reports to the Legislature due in January and March of 2022. In the meantime, the Legislature is preparing to go back into session in January, and I’ve sponsored several bills to make more immediate changes.

I’ve written in The Windham Eagle several times about the deaths of Logan Marr, Kendall Chick and Marissa Kennedy, three little girls who were let down by the system in the most devastating way. Many of the details of their abuse and the systemic failures that led to their deaths were unknown until those ultimately responsible for their deaths went to trial – Sally Schofield in Logan’s case, Shawna Gatto in Kendall’s case, and Julio and Sharon Carrillo in Marissa’s case.

I attended the trials of Shawna Gatto and the Carrillos, and the details that came to light in the courtroom were heartbreaking. Particularly wrenching is the timeline of Marissa Kennedy’s final months and the many missed opportunities for lifesaving interventions, including the day before she died, when Marissa lost consciousness in front of a child welfare worker. The caseworker believed the Carrillos when they said Marissa was just tired; in fact, Marissa’s body was shutting down due to severe, ongoing abuse.

Making information like this timeline public is a critical step in identifying where things went wrong so that we can make changes and prevent future tragedies. It is in these trials that key information is discovered and made public.

But even in the best of times, cases can take years to go to trial. Several parents have been charged with manslaughter or murder over the deaths of their children this year, and their trials are likely to provide us with important information about where the system failed.

One of my bills will help make sure we get this information as quickly as possible so that we can save lives. The bill directs the Maine Attorney General to prioritize the criminal investigation and prosecution of murder cases in which the victim is a child, and to work with the courts to prioritize these cases when scheduling trials.

This way, the accused get the fair and speedy trail they’re entitled to, and key information that may save other lives is available as soon as possible. I look forward to keeping you updated on this bill, and on my other bills that aim to improve our child welfare system, in the coming months.

If you believe a child is in immediate danger, please call 911. To report cases of suspected child abuse or neglect, call Maine’s Child Protection Intake line at 1-800-452-1999. If you have concerns about how a child protection case is being handled, contact the Maine Child Welfare Ombudsman at 207- 213-4773.

As always, I’m here to talk through your questions and concerns and to help you address any challenges you may be facing. You can email me any time at diamondhollyd@aol.com or call my office at 207- 287-1515. <