Insight: Whispering in the wind 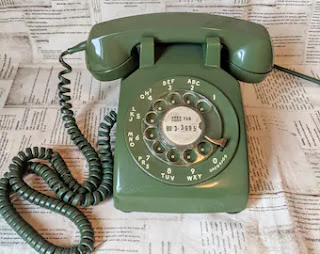 Over the weekend, I watched a Sunday news magazine segment on television about a man who took an old rotary telephone, placed it on a piece of wood and then nailed it to a tree in a park in Olympia, Washington. Soon, people grieving the loss of loved ones started visiting the tree and using the disconnected “telephone to the wind” to try and communicate with those who have died.

As they put it, simply picking up the phone and making a call to the deceased helps them to deal with their grief and to remember their lost friends and family with a simple sentimental gesture of love.

That got me to thinking about whom I would call if I were given an opportunity to do so and just what I would say to them.

Probably first on my list would be my father, who died when his car was hit by a drunk driver in Florida in May 1991 just three days after he retired at the age of 65. My father never got to read some of my better newspaper articles, but I know he was immensely proud of my accomplishments as a journalist.

Early in my career when I was covering a baseball playoff game in Florida on a Friday evening, I felt like someone was watching me and out of the corner of my eye, I spotted my dad, arms crossed and leaning against a utility pole just watching and observing me as I went about gathering information and interviewing players for an article. I never told him I saw him there that night, it was something he’d do from time to time.

Of all my stories he’s missed since, I’d share with him in a call something I’ve written through the years about veterans and how their valor and willingness to sacrifice everything for our freedom continues to inspire me. I’d also tell him about the direction of my life and how grateful I am that he changed my major from physical education to journalism when he had to sign and submit my college application paperwork. Lastly, I’d tell my father how much I miss being able to sit and speak with him, laugh at his silly jokes, tell him how much our family loves and misses him every day and that I still think of him whenever I hear a Ray Charles song come on the radio.

Talking to my father again would be special, but there is someone else I’d cherish being able to speak to one more time, it’s my grandmother, Josephine.

Even as a small child, I can still vividly remember her radiant smile and hugs when we would go and visit her on Sunday afternoons. She was in bed and very ill with colon cancer, but she’d always sit up and hold her arms out for me each time we went to go see her.

When she passed away, all I had left were a few photos of her and memories of eating homemade ice cream that she had fixed for me. But as I grew up, my parents told me that my grandmother had left me several other items in her will that she wanted me to have.

The first was a hand-crocheted bedspread she had worked on for months as she was confined to bed. The other item was a delicate set of mother-of-pearl dishes that she had brought with her when she emigrated from Poland to the United States in 1900.

Those dishes were so fragile that I asked my mother to keep them for me in her dining room breakfront so they wouldn’t be damaged during my military service and frequent moves I would make from one apartment to another as a young adult. When my mother eventually gave up her home and moved into a nursing facility late in her life, I didn’t know what had become of those dishes.

Sometime after my mother died a few years ago at the age of 95, my brother called me and said that he had rescued the dishes and was keeping them for me. On Labor Day Weekend this year, during a visit with him at his home in Connecticut, he gave me the dishes and it made me think about how much I missed growing up without my grandmother.

Therefore, the other call I would place if given the opportunity would be to Josephine.

I’d share with her what her precious gifts have meant to me in my lifetime and how they connect me with family and how much I miss her hugs and kisses, even though it’s been 64 years since she left us. I’d be certain to ask her about her life in Europe, about her parents and family and why she chose to move to the United States and start a new life here without ever seeing her own family again.

Wouldn’t it be marvelous if there was a way to speak to lost loved ones again and to tell them how much you love and miss them? I’m convinced that everyone who would have that chance would certainly take it. <