Insight: No ‘sure thing’ a certainty 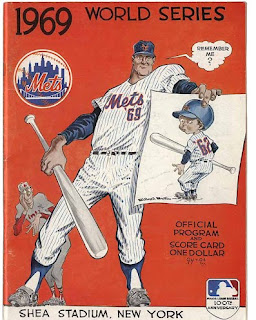 Having spent a big chunk of my career as a sportswriter, I have learned that the expression “sure thing” really doesn’t exist in competitive athletics.

A racehorse facing 100-1 odds can pull off a stunning upset and a team on a long losing streak can suddenly put it all together and win every now and then. I’ve witnessed this time and time again and it’s woven into the fabric of sports, and to a greater extent, into life too.

Here are a few examples that prove my point:

In 1969, my favorite baseball team, the Baltimore Orioles, cruised through the 162-game regular season schedule with a record of 109-53. The Orioles then swept the Minnesota Twins, 3-0, in the American League Championship Series and were heavily favored to defeat the upstart National League champion, the New York Mets, in the World Series.

Since their inception as a major league franchise in 1962, the Mets had endured seven consecutive losing seasons before suddenly winning 100 games in the regular season in 1969 and ousting the Atlanta Braves in the National League Championship Series, 3-0.

Hosting the Mets in the first game of the 1969 World Series at the old Memorial Stadium in Baltimore, the Orioles were prohibitive favorites to win the title, having defeated Sandy Koufax and the Los Angeles Dodgers three years earlier, 4-0, in 1966.

I stood on the sidelines of a high school football game with teammates listening on a transistor radio to a broadcast of the game, in which the Orioles beat the Mets, 4-1. At that point, I was convinced this was going to be a “sure thing” and the Orioles were headed to another World Series championship.

Sadly, it wasn’t meant to be. The “Miracle Mets” took the next four games, two of them by 2-1 scores, to claim the title and relegate the “sure thing” Orioles to a place in baseball lore as one of the winningest teams of all-time not to have won the year-end title.

The racehorse Smarty Jones is another prime example of a clear favorite not meeting expectations when it mattered the most.

In rattling off six consecutive wins to launch his thoroughbred racing career, Smarty Jones powered to victories in the first two legs of the 2004 Triple Crown series, winning the Kentucky Derby and the Preakness Stakes. That landed the chestnut-colored horse on the covers of both Sports Illustrated and ESPN magazines.

Entering the Belmont Stakes as the favorite to win with jockey Stewart Elliott aboard, Smarty Jones took the lead midway down the backstretch of the race and then was sailing through the final turn as the leader with only the homestretch left to assure the first Triple Crown victory since Affirmed in 1978.

But jockey Edgar Prado riding 36-1 longshot Birdstone had other ideas. Prado sensed that Smarty Jones was not as relaxed as in his previous races and seemed to be tiring in the homestretch. He guided Birdstone to the outside and then took the lead from Smarty Jones with a furlong left and won the race by a one-length margin. It dashed the “sure thing” inevitability of Smarty Jones as one of the immortal horses of legendary racing lore for sure.

During the 2007 NFL season, one team stood head and shoulders above all the rest and that was the New England Patriots. Under the leadership of quarterback Tom Brady, the Patriots had rolled through the regular season unbeaten and then eliminated Jacksonville and San Diego in the American Football Conference playoffs to enter Super Bowl XLII with a record of 18-0 and 12-point favorites over the National Football Conference champions, the New York Giants.

The Giants were a wild card team that was up and down that year and trailed 14-10 taking possession of the ball with just 2:39 remaining in the game. On third down from their own 44-yard line, Giants quarterback Eli Manning escaped the grasp of three New England would-be tacklers before tossing a 32-yard pass caught with one hand by a leaping David Tyree who kept the drive alive and set up a winning touchdown pass to Plaxico Burress to hand the Giants an impossible 17-14 Super Bowl victory over the “sure thing” previously undefeated Patriots.

As in sports, life is littered with failed “sure things.” There’s that famous photograph of U.S. President Harry S. Truman holding up the mistaken “Dewey Defeats Truman” Chicago Daily Tribune newspaper on the morning following the 1948 presidential election. In business items such as Google Glass, hoverboards, or the Arch Deluxe at McDonalds are reasons to discount “sure things” when investing your hard-earned money.

Perhaps Scottish poet Robert Burns summed it up best when discussing this topic.

“There is no such uncertainty as a sure thing,” he said.