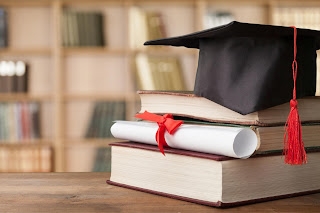 Right now, many students in Maine and across the nation are preparing to head back to school and some of them are wondering what classes they will be signing up for this fall.

Back in my final year of college at the University of New Mexico, I had already wrapped up the requirements for both my major (journalism) and my minor (history), so I had my choice of five three-hour elective courses to complete my studies and earn my Bachelor of Arts degree.

In looking over the list of available courses and discussing it with my friends and family, I was faced with a tough decision. I could either load up on fun and easy classes or try to learn something meaningful and make it worth the cost of my tuition. I decided to choose courses that offered me opportunities to relate to my daily life and upcoming professional career in journalism.

My schedule included an internship in the newsroom of the Albuquerque Journal newspaper starting at 3 p.m. every day, so my college classes needed to be mostly in the mornings. I enrolled for Spanish, Introduction to Astronomy, Film Appreciation, History of Native Americans, and American Constitutional Law.

I figured that each one of these courses would be challenging, but each one also would give me some basic knowledge to use going forward as a newspaper reporter.

The Spanish class came very early on Mondays, Wednesdays, and Fridays at 7 a.m. The Spanish instructor was the daughter of an American diplomat and had lived in Panama growing up. She was patient and funny and frequently would include singing in her lessons. Just imagine a room of adults swaying and harmonizing to “La Cucaracha” early in the morning and you’ll get the picture. Whatever she did, it worked because almost four decades later, I can still remember basic Spanish words and what they mean.

Astronomy was a large class of about 300 students and was held at 9 a.m. on Tuesdays and Thursdays in a large science lecture hall. It included a large theater-sized projection screen for our professor to show us slides of stars and galaxies that he was talking about during each session. From that class, I carried away a rudimentary understanding of astronomical terms such as what is a quasar, where to find the Big Dipper in the night sky, and that one of Jupiter’s moons, Ganymede. is the largest moon in our solar system, has its own magnetic field, and is bigger in size than the planet Mercury.

In Film Appreciation class, we watched and discussed some all-time classic movies, many of which I had never seen before. We learned about film directors, film genres and techniques used by filmmakers to tell their stories. As a huge fan of Westerns, I recall watching “Shane” for the first time in that class and being enthralled with the cinematic landscape of frontier Wyoming that director George Stevens and cinematographer Loyal Griggs depicted in that film. It’s a great story too, especially the showdown between good guy Alan Ladd and the menacing villain of the movie, Jack Palance.

The History of Native Americans class turned out to be one of my favorite courses I ever had in college. The professor was eccentric and dressed in an unusual fashion. (Think German lederhosen outfits if you know what those look like.) But he was a masterful teacher and I learned so much about Native American culture and tribes that it left me wanting to know more about the original inhabitants of the North American continent.

I learned about ancient burial mounds, inspiring Native American leaders such as Sequoyah, Tecumseh, and Black Hawk, and elaborate systems of government such as the Iroquois Confederacy.

In American Constitutional Law, I gained understanding of the structure and functioning of the U.S. government, what a tort is, and studied famous U.S. Supreme Court decisions. To this day, I can tell you why “Miranda warnings” are required to be given by police officers during an interrogation, or that in the 1963 landmark case, Gideon vs. Wainwright, the court ruled that all defendants have the right to an attorney and must be provided one by the state if they are unable to afford legal counsel.

Each of these elective courses served to broaden my education and helped me to better understand the world I live in. If I had to do it all over again and was back in college and faced with a decision about what to take, I would probably follow the same path and enroll for those same elective courses once more.

In my opinion, the purpose of education is not merely to accumulate useless facts and knowledge that you may never use again, it’s really all about growing as an individual and learning to think critically to make informed decisions later in life.

Wouldn’t the world be a much better place if everybody had some valuable insight about the subject or subjects that they tend to spout off about? <
Posted by Ed Pierce at 2:02 AM