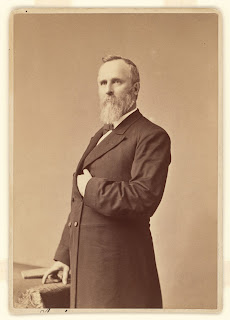 It periodically occurs to me that downsizing would be a good idea. I’ve got more than enough “stuff,” so ridding myself of some of it (and perhaps getting it into the hands of someone else who’d enjoy it more) makes eminent sense.

But for me getting out from under a certain type of possession is easier said than done. My efforts to divest are constantly being sabotaged by unplanned trips to establishments that sell used books. I just can’t get out of one of those places without purchasing something. And once I’ve impulsively bought a book or three, I invariably flip through the pages, which in most cases haven’t seen the light of day for quite some time. I got in that habit thanks to a veteran teaching colleague, who advised me to do so when collecting books at the end of the school year to make sure the texts being returned were in reasonably good condition.

But there’s another reason to give those pages the once-over: it’s a good way to discover and remove any makeshift bookmarks the book’s user, giddy about their impending summer vacation, might have inadvertently forgotten about and left behind.

One year I discovered a three-month old paycheck for $80 inside a copy of The Kite Runner. I returned it to the student whose name was on it, expecting an effusive thank you. What I got instead was a moderately surprised, “Wow! So that’s where that went!” If I had lost an $80 paycheck when I was in high school, I’d have taken my residence, my place of employment, the school, and if necessary, the entire town apart trying to find it. Of course, that never could have happened, since back then my paycheck for 40 hours of labor was nowhere near $80.

I once found a ticket to a 1976 Pirates-Phillies baseball game at Philadelphia’s Veterans Stadium inside a used copy of The Glory of Their Times. That made perfect sense, given that the book’s subject was baseball.

But what made no sense at all was the ripped quarter-of-a-magazine-page I found last week inside a copy of a biography of the 19th president of the United States. When I unfolded it, I discovered the impromptu bookmark had been torn from a publication that was quite plainly pornographic.

I don’t have to resort to improvised page keepers, because I’ve got my own impressive stable of dedicated bookmarks. My favorite is one I manufactured myself. It features photos of three professional baseball players who played crucial roles in an unusually memorable Florida State League game I attended in 1992.

Making unique bookmarks is easy. Obtain copies of the desired picture(s) or drawing(s), cut them to the appropriate size, glue stick them onto a piece of sturdy cardboard, laminate it, snip off the sharp edges, and -voila - a unique, practical gift that invariably delights its recipient! Personalized bookmarks featuring photos of parents or grandparents with their youthful offspring make dandy birthday, Mother’s Day, or Father’s Day gifts, and receivers of such items will treasure them for a lot longer than they would a necktie or a scented candle. Or a scented necktie, for that matter.

The holiday season is closer than it seems, so last week when I was feeling creative, I produced a dozen or so one-of-a-kind bookmarks.

Now I’ve just got to decide who gets the one with Miss October and Rutherford B. Hayes on it. <