Once again, our community has been rocked by the violent deaths of multiple children at the hands of those who were supposed to protect them. On May 31, a six-week-old baby boy in Brewer was brought to the hospital after having been shaken violently, and he died a day later. His father, Ronald Harding, has been charged with manslaughter in the boy’s death.

On June 6, three-year-old Hailey Ann Goding of Old Town died after her mother reported her unresponsive at home. Her mother, Hillary Goding, has been charged with manslaughter in her death. And on June 20, three-year-old Maddox Williams of Stockton Springs died after being taken to the hospital, unresponsive, by his mother and grandmother. His mother, Jessica Trefethen, has been charged with his murder.

These horrible cases, occurring so close together, remind us of two other tragic murders not too long ago: that of four-year-old Kendall Chick in late 2017 and of 10-year-old Marissa Kennedy, also of Stockton Springs, in early 2018.

In one of my recent columns for The Windham Eagle, I wrote about their deaths and the serious flaws they exposed in Maine’s Office of Child and Family Services (OCFS), the child welfare agency within the Department of Health and Human Services (DHHS). The Department had placed Kendall in the home where she was eventually killed by her grandfather’s girlfriend, and Marissa’s abuse had been repeatedly reported to DHHS, but they did not remove her from her deadly situation. 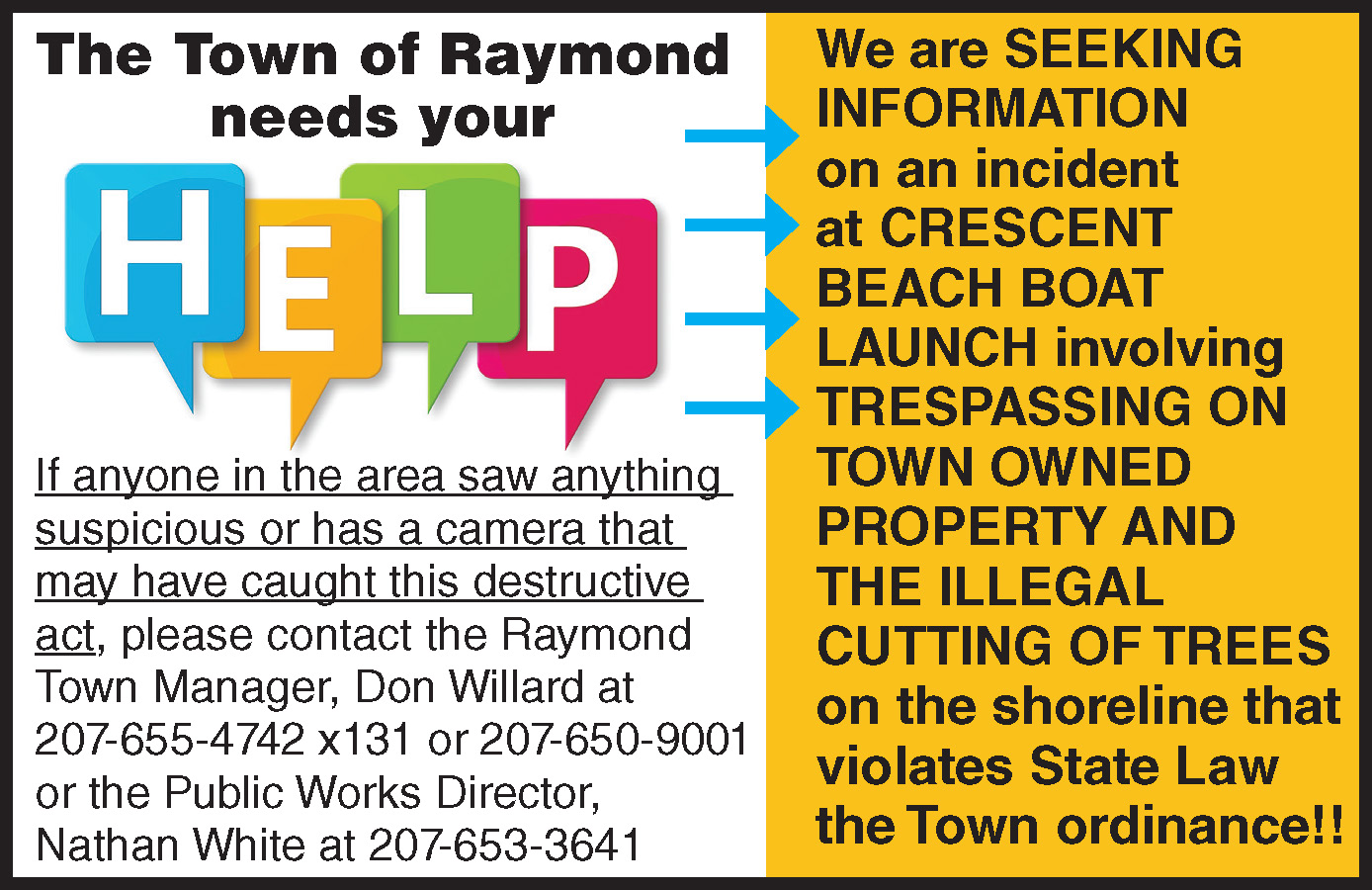 After these two little girls were murdered, DHHS said it would do better, that it would fix the problems that allowed this to happen. And yet we now know, thanks to the Maine Child Welfare Services Ombudsman, an independent office, that systemic issues within OCFS still exist. Insufficiencies exist in two main areas: First, initial safety assessments are still lacking, including failure to recognize risk to the child when evidence is clear. Second, OCFS often reaches the end of a case, or makes a critical decision about reunification between children and parents, without sufficient information to ensure the child’s safety if placed back in their home.

While the extent of OCFS involvement, if any, in these three most recent cases has not been confirmed, reports have indicated that there were reasons to be concerned for the children’s safety. Hailey Goding had reportedly previously needed medical attention after being exposed to drugs by her mother. In the case of Maddox Williams, police had told social services twice that they were concerned for the boy’s safety, and neighbors shared with the press their shock that the boy was allowed to remain in his mother’s care.

Once again, we are hearing the familiar refrain from DHHS: These most recent deaths are a call to action, and that they resolve to do better. This time around, they have hired an outside firm to help investigate these three deaths, in addition to the death in June of a four-year-old child in what appears to be an accidental shooting.

To be clear, I am glad that DHHS is taking this additional step, but it’s not enough. As a state senator, I have made it a priority to put pressure on DHHS and to pass laws that better protect Maine’s kids. This session, I sponsored bills to increase the number of staff working in the unit of the Maine State Police that investigates digital crimes against children; to increase the penalty for sex trafficking a child; and to strengthen domestic violence and abuse training for court-appointed child guardians. I also sponsored a bill that would make a separate Department of Child and Family Services, so that we could dedicate more resources toward this very important issue. DHHS opposed this bill, which received strong support in the Senate but ultimately failed in the House.

We can’t keep waiting for this ship to right itself; the lives and safety of Maine children hang in the balance. I will continue pushing for serious reform until I’m confident that every Maine child is safe, and I’ve requested a formal inquiry into OCFS by the Government Oversight Committee. But the more voices we have calling for change, the more likely change is to happen. I hope you’ll join me in this important fight.