Insight: The four phrases everyone in business should know 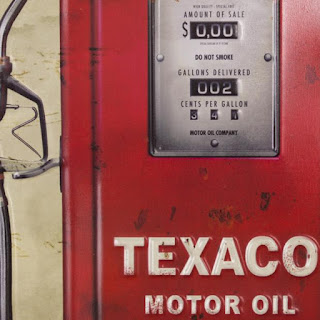 My uncle Ray Rogers owned and operated a successful Texaco marina in the Thousand Islands region of New York state in the 1960s and when I was old enough, I volunteered to spend a few weeks one summer helping him out there.

Most of his work at the marina involved repairing outboard motors as quickly as possible and seeing that supplies of fishing tackle, bait, cold beer, and sandwiches were available for his customers. More than 90 percent of his business arrived by boat at the Rogers Texaco Marina docks in Alexandria Bay.

Uncle Ray was a big man, standing about 6 feet and weighing abut 250 pounds. As the owner of the marina, and his name on the marina sign, it was evident that boating enthusiasts in the Thousand Islands came there to see him, seek his advice about the best places to fish, or to have him listen to a strange new sound that their boat motor was suddenly making.

He commanded everyone’s respect, and he enjoyed sharing a few cold ones at the marina’s outside picnic table after he had closed the shop for the day.

When I first told him that I wanted to learn business skills working for him, Ray was skeptical.

“You’re the type of kid who is better off reading a book,” he told me.

But I persisted and that summer, even though I was only 12, I learned more about business than I ever imagined.

My first task was assigned to me by Ray’s younger brother David, who had me sweeping floors inside the marina office. Then he had me clipping the hedges along the side of the marina property.

The next day I got up early and was excited about going to work with Uncle Ray and learning about his business. Instead, I was handed sandpaper and told to use it on the metal railings leading from the dock to the marina door. Once that was completed, I was instructed to sweep up all the old paint that I had sandpapered off the railings.

After lunch, I was told to put down a tarp under the railings and then handed a paint brush and told to apply several coats of paint to the railings.

By the time that project was finished, I was starting to wonder if perhaps my uncle was right and that maybe I would be better off reading a book.

On “Day Three” of working for my Uncle Ray, I was shown how to work the cash register, make change and process credit card transactions. My uncle took me aside and said that he was impressed that I never grumbled or complained about the past day’s chores. He said he wanted me to work directly with customers from here on out and that meant pumping gas for their boats and taking their payments.

He asked me if I knew the four phrases everyone in business should know. I shrugged my shoulders and told him no.

“Always remember this, no matter where your life may take you,” he said. “The four most important phrases everyone in business should know are ‘Yes, Sir,’ ‘No, Sir,’ ‘Yes, Ma’am,’ and ‘No Ma’am.’”

According to Uncle Ray, as I pumped fuel for the boats, limiting my vocabulary to use those phrases would endear me to the customers of Rogers Texaco Marina and help me down the road if I ever went into business too.

As each customer piloted their boat up to the docks that day, my smile, kindness and willingness to be of service was repaid with generous tips. Even though I was volunteering my time at the marina, Uncle Ray told me I could keep anything I earned in tips.

By the end of that first day of pumping boat fuel, I took home more than $10 in tips and the next day was even better at $15.

By the end of my two-week visit there, I was having fun, made a little money and was not wanting to go home. My Aunt Bernice made me pancakes every morning and Uncle Ray introduced me to all his friends as “his hard-working nephew.”

It’s been 56 years since that summer and Uncle Ray, Aunt Bernice and Ray’s brother David are all gone now, but Ray’s advice to me remains as meaningful today as it was then.