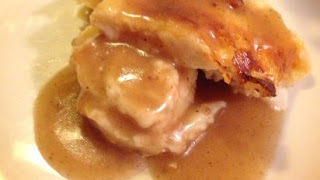 It’s been almost 44 years since I took one of the most harrowing plane trips of my life, yet looking back on it now, it’s ended up being a source of humor that I carry with me to this very day.

In the fall of 1977, I was an Airman Basic (E-1) in the U.S. Air Force and boarded an airplane at Charleston, South Carolina with many other military members and their families bound for Frankfurt, Germany. I was headed to my first permanent military assignment and it was an eight-hour overnight flight to Europe with a stop to refuel in Gander, Newfoundland.

At that time, regulations mandated that all military personnel on the flight wear Class A dress uniforms and I was dressed in my official dress blue Air Force uniform with a tie and was assigned a middle-row seat, sandwiched between two U.S. Army colonels wearing their dress green uniforms.

Not long into the flight, each of the Army colonels pulled out books and began to read, while I thumbed through a magazine that I had purchased at the Charleston airport. The plane landed in Gander and we had about a 40-minute layover before taking off again for Frankfurt.

As the flight wore on, both Army colonels on either side of me removed their dress uniform jackets and fell asleep. As the flight progressed, as a 23-year-old, I was too excited about traveling to Europe to sleep.

About an hour after departing Gander, the flight attendant came around and offered dinner to the passengers. I accepted but both Army colonels were sleeping and did not awaken during the meal.

The dinner was roast beef covered in brown gravy with a dinner roll, mashed potatoes, and carrots and served on one of those old white plastic TV dinner trays with plastic utensils. The plastic trays were lukewarm at best and the food was a bit cold, but I was hungry and eagerly started eating.

Somehow a pocket of brown gravy was concealed underneath a stack of the roast beef and when I cut into it with my plastic knife, a small spurt of brown gravy flew off my tray and up onto the collar of the Army colonel seated to my left. It left an ugly stain on his light green collar and now I was faced with a major dilemma. Do I wake him up and apologize for the terrible thing that I have just done or do I let him sleep and pray that he didn’t realize what happened.

The minutes slowly wound into hours as I agonized about what to do. I envisioned that this was the end of my military career before it even got started and that the colonel would complain upon landing in Frankfurt. I envisioned being court martialed and sent back to the USA on the next available flight.

I wrestled with my conscience over and over and played through many different scenarios, all of them turning out bad for me and my budding military career. I thought of how proud my family was of my service and how let down they would be as it all came crashing down all because of a hidden pocket of brown roast beef gravy.

After what seemed like an eternity, the pilot’s voice came over the airplane loudspeaker and announced we were descending to land at Frankfurt, Germany. Once the plane’s wheels touched down, as soon as passengers were allowed to exit, I was up and out of my seat, grabbed my duffle bag from the overhead compartment and was headed for the door.

I made it through customs and was waiting in the airport lobby for my unit to pick me up when I saw a NATO staff car adorned with four-star general flags pull up outside. NATO’s Commander, General Alexander Haig, got out of the staff car and made his way into the airport lobby.

Turns out General Haig was there to pick up his chief military aide, the U.S. Army colonel sitting left of me on the flight, who had by then made it through customs and was walking toward the general.

The colonel stopped, saluted Haig and then I watched as Haig crooked his neck and stared directly at the brown gravy spot on his collar. I heard shouting and a commotion as I turned and slowly walked away to get a cup of coffee. I felt relieved and decades later, it remains a memorable situation that could have turned out much worse. <