Insight: A mechanical mind I have not 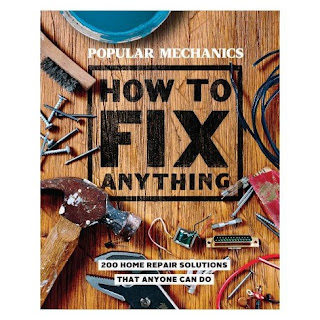 You’d be far better off asking someone else for advice about a mechanical situation or requesting that I fix or repair something that is broken. I’ve known of my lack of mechanical aptitude and skills since I was a young child, and it didn’t magically appear in me as I got older.

It shouldn’t have turned out this way. When it came to fixing and repairing things, my father was a genius at it. He graduated from the Rochester Institute of Technology with a degree in mechanical engineering and at one time held 11 patents for devices and products he had invented or been a part of the industrial team that created them.

He carried around a toolbox in his car to render mechanical assistance to those who had broken down along the roadside and no matter the size or the scope of the project, he could assemble, take apart, discover the issue and induce an appliance, automobile or machine to work again. I marveled at his ability to determine how to do that and willingness to take on mechanical puzzles that few could figure out.

But as for me, not so much. Try as I might, I could not match or even come close to being in the same mechanical league as my father.

When I was about 6 years old, my father asked me if I wanted to go with him to Woolworth’s on a Saturday morning. It was a short drive from where we lived, and I enjoyed the music that he listened to on his car radio. We climbed into his 1962 Chevrolet Impala and as we headed to the store, Ray Charles was belting out “Hit the Road Jack” on the radio. Both my father and I knew all the words and sang along during the drive there.

My father chose a convenient parking space right in front of Woolworth’s and asked if I wanted to accompany him into the store. I declined and told him I would wait for him in the car outside.

Over the course of the next few minutes, I had a lot of fun pressing the car radio buttons, pretending I was driving and turning the turn signals on and off. Then I spotted the pedals on the floorboard and crawled down there to explore.

Somehow when I grabbed the gas pedal, it separated from its connection and as much as I tried to reconnect it, nothing I did seemed to work. I figured it was the end of his automobile (and me) because without the gas pedal, he couldn’t make it run and we’d be stuck there in front of Woolworth’s waiting for the tow truck to arrive.

I propped the gas pedal up on its stand as best I could and prayed that he wouldn’t be that angry at the loss of his vehicle and disappointed in me.

He got in the car, started it up and then noticed the gas pedal. He asked what happened and I told him. He bent down and with a simple motion reattached the pedal to the floorboard, politely telling me if I wanted to join him on further trips, I shouldn’t touch anything in his car.

Then there was the year in the 1970s I was chosen to assemble stepstools and bicycles on Christmas Eve for my employer at the time, American Furniture. My job usually involved finding boxes in the warehouse and bringing them to the floor for the sales staff, but the store owner wanted to impress his customers and selected me to personally assemble items they had purchased as gifts right in front of the sales counter.

The next two hours convinced me my future was not in assembling bicycles as I fumbled my way along trying to attach horns, mirrors, baskets, and streamers to bike handlebars. The assembly directions were of little help and customers began to complain they were in a hurry and could finish the job at home.

Fortunately, the store owner eventually realized my mechanical ineptitude and returned me to the warehouse and assigned another employee to take on that assembly task.

Years later, I find the ability to read and discern product assembly instructions an admirable trait and through self-realization, I know it’s something I will never possess.

It’s been said that one man’s magic in this world is really just another’s mechanical invention. I’m happy for those blessed with mechanical ability but also feel fortunate that my skills lie in other areas. <