While driving home on the Maine Turnpike from covering a story for the newspaper last weekend, I happened to catch the final few minutes of an interview on NPR with the author of a new book about adult friendship and it got me to thinking about what’s been lost with the rise of social media in our lives and how the pandemic has made it even harder to connect with our friends.

The book is called “We Need To Hang Out” and was written by Billy Baker, a Boston Globe reporter. In his book, Baker says that even before the pandemic struck, Americans were leading increasingly isolated lives, communicating through email or text messages, or through Facetime, or by Instagram, Facebook or Twitter posts. 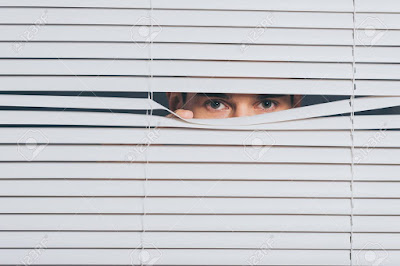 Baker says more traditional means of meeting up with friends became almost non-existent as bars, restaurants, church services, golf tournaments, school events and birthday parties were scrubbed to avoid transmission of the COVID-19 virus during the pandemic and he wonders if the closeness to our friends that we’ve all experienced may be a thing of the past. He says the excuses that we used to make to get together and hang out, like book discussion clubs, watching college basketball games at a sports bar, family nights at movie theaters, late summer fantasy football drafts, school dances and pool parties may be headed the way of fountain pens, carbon paper and 3-D glasses.

Over the years and as I’ve gotten older, I’ve probably fallen into the comfortable-at-home trap and wanting to avoid the social scene. My wife and I stopped going to watch movies in theaters a few years back and we were never regular patrons meeting at the bar with friends for a few drinks. I also noticed that as I became a regular user of Facebook, it was easier to post “Merry Christmas” to my friends there rather than mailing out elaborate Christmas cards every year.

But as I’ve become more reliant on texting, Zoom and social media to communicate with others living at a distance or to speak with family members, I do feel like I’ve lost something special. Attending a baseball game in person is more preferable to me than watching it from the comfort of my living room. And my wife and I love going twice a year to the rock n’ roll dances with people of our own age staged twice a year featuring music of the 1960s and 1970s, but the dances haven’t been held since the fall of 2019 because of COVID-19 concerns and we miss them.

I recently reconnected with a good friend of mine from high school on Facebook and seeing him post on there again was a great feeling. He’s had some health problems the past few years and used to be on Facebook all the time but stopped and deactivated his Facebook account in 2016 to avoid political divisiveness and non-stop arguing over politics.

He told me he left social media to preserve his own sanity for a while and I understand where he’s coming from. It is tiring to constantly be bombarded by messages about political viewpoints when all I really want to see on social media are new photos of our 2-year-old granddaughter in Connecticut or stories about the best local places to order takeout Chinese food.

Not so long ago, friends used to get together for Wednesday evening bowling leagues, Kentucky Derby watch parties and Saturday morning softball games. They wrote and mailed hand-written letters and sent thank-you cards for the birthday presents they received from relatives. They attended plays and musicals staged by community theater groups and camped out while waiting in line on Thanksgiving night outside Best Buy to be the first for the best deals on Black Friday.

They enjoyed family picnics in the park, took cooking classes together at Adult Education and went to church bazaars and community garage sales. They gathered at youth soccer games, 5Ks and on sledding hills on wintery weekend mornings.

To blame our increasing isolation strictly on COVID-19, texting and social media probably isn’t entirely fair. In my opinion, as a society we’ve tended to become less tribal and more individualized and that’s put us on the path to where we are today.

I do think some of the group gatherings and social events will eventually return, the big question is, will they ever regain the popularity they once knew in today’s lonely remote digital age. <