John Ruskin, a 19th century British art critic once remarked that “When love and skill work together, expect a masterpiece.” He probably never envisioned it being used to describe current great actors, but it does fit when assessing the best five-film periods for some of America’s finest living movie stars.

In my opinion, three actors have had noteworthy consecutive five-film eras in which they created some of their most memorable films and characters and even if they never worked again afterward, they would surely be remembered for the movies they appeared in during those spans. Each of these five-film timeframes included Academy Awards for these performers and cemented their legacies, at least in my mind, as some of my all-time favorites. 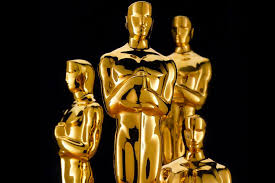 In the late 1980s, Kevin Costner made five films in a row from 1987 to 1990 that ignited box-office profits and resulted in his taking home two Oscars for Best Picture and Best Director for his work with 1990’s “Dances with Wolves.”

In 1987, Costner held his own playing crusading U.S. Treasury Agent Elliot Ness against Robert DeNiro’s Al Capone in "The Untouchables." Later in 1987, Costner gave a brilliant performance as a Russian spy who had infiltrated The Pentagon in “No Way Out.” He followed that with a comedic role as a downtrodden minor league baseball catcher in 1988’s “Bull Durham” and then as Ray Kinsella, who hears a voice telling him to build a baseball field in the middle of an Iowa cornfield in 1989’s “Field of Dreams.” His 1990 epic western “Dances with Wolves” netted seven Academy Award nominations, including Costner himself for Best Actor, although Jeremy Irons won for “Reversal of Fortune.” It capped one of the best five-film periods any actor has enjoyed and led to a lengthy career still going strong 30 years later.

Tom Hanks also had a magical five-film run of his own, starting with 1992’s “A League of Their Own” in which he portrayed a former major league ballplayer now managing a team in the All-American Girls Professional Baseball League in the 1940s. His line “There’s no crying in baseball” reverberates on to this very day from that movie. He followed that with a powerful performance as an AIDS victim in 1993’s “Philadelphia,” the title role in 1994’s blockbuster “Forrest Gump” and as U.S. astronaut Jim Lovell in 1995’s “Apollo 13.” The final film in the five-film span for Hanks was a record-company executive in “That Thing You Do” in 1996 and it also marked his debut as a film director.

For his work in both “Philadelphia” and “Forrest Gump” Hanks was honored with the Academy Award as Best Actor and he certainly could have been nominated for “Apollo 13,” but in winning back-to-back Oscars for “Philadelphia” and “Forrest Gump,” Hanks became the first male actor to pull off that feat since Hollywood legend Spencer Tracy for 1937’s “Captains Courageous” and 1938’s “Boys Town.”

Denzel Washington’s top five-film span opened with 1998’s “The Siege” where he played the head of the FBI's Counter-Terrorism Task Force in New York, and he followed that with an Oscar-nominated lead role in 1999’s “The Hurricane” as unjustly convicted boxing champion Rubin “Hurricane” Carter. In 2000, Washington inspired audiences as an African American football coach leading a high school squad in their first season as an integrated team in “Remember the Titans.”

He captured the Academy Award for Best Actor in 2001’s gritty “Training Day” as a veteran LAPD detective escorting a rookie police officer through his first day serving for an inner-city narcotics unit. The last film of Washington's top five-film span is 2002’s “Antwone Fisher” where he appears as a U.S. Navy psychiatrist working with a troubled young sailor and it also was the first feature film he ever directed.

Each of these actors used these five-film spans to showcase their versatility, their appeal with movie-goers and their ability to lead a successful motion picture and all of them continue to act, to produce and to star in prominent productions today. Costner, Hanks and Washington are naturals in their craft which genuinely comes across in these five-film spans.

Acting is certainly more than memorizing and reciting lines and the performances each of these actors gave in these five-film spans are indicative of years of intense training, hours of preparation and study. As someone who has watched these actors for years now, I’d say they are all at the top of their profession and I continue to marvel at their work. <
Posted by Ed Pierce at 2:11 AM