Insight: Gone but not forgotten

Occasionally I find myself living in the past and slipping off to the grocery store without my iPhone. It’s like I’m back in 1983, unable to be reached and out of electronic communication until I return back home. In some ways it’s a rather liberating feeling knowing I am free to drive and shop and go anywhere without Verizon’s locator beacon identifying my whereabouts.

We now live in a world of instant check-ins and text messages that connect populations worldwide with family, friends and telemarketers from Indonesia. Videos, gaming, personal health monitoring and the ability to stream my favorite college basketball team are features I never imagined would have been possible as a child who was dazzled by Dick Tracy’s Two-Way Radio Wristwatch in the comics. 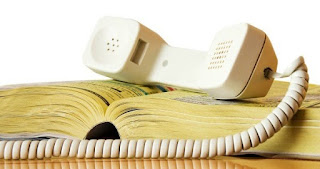 But in navigating this array of personalized technological devices and mobile holographics, our society has left behind the remnants of early modern civilization associated with telephone landlines such as the telephone book, the telephone operator, the telephone booth and the telephone party line. Each of them served their purpose and have now been relegated to the “Remember When” section of 20th century history books.

They are gone, but certainly not forgotten, especially by me.

Not so long ago, every American household had a huge telephone book which was delivered every year. For those unfamiliar with such a thing, the residential landline listings were printed on white pages, while the back half of the book was local advertising and business listings printed on yellow pages.

Inevitably if you were searching for the physical address or telephone number for a particular business in the yellow pages in the telephone book at a train station, airport or bus terminal, that page was missing from the book, ripped out by someone looking for the same business. You weren’t able to find it without calling a telephone operator or until the phone book was replaced by the newer version later that year.

In our family’s home, we had two phone books, one for upstairs and one for the kitchen and sometimes in the summer, my mother used the upstairs phone book as a door stopper when she opened her windows to let fresh air into her room.

Telephone booths were everywhere back then too. They typically contained dirty smeared glass and were prone to the tricks of adolescent pranksters, who would remove the earpiece or the microphone from the handset or cut the telephone handset cord. Phone booths were deeply entrenched in popular culture too, such as serving as the “tardis,” a time and space machine, in the popular British science fiction television show “Dr. Who.” They also were a convenient place for Clark Kent to change from his office suit into his Superman costume in comic books.

Operators always fascinated me. Day or night you could dial “O” and someone would answer right away and know how to connect you to order a pizza for delivery or report that your morning newspaper had not been delivered. They also provided directory assistance and access to long distance calls. Some operators also were assigned to connect phone subscribers with those who didn’t have money available to place a call to you, commonly called collect calls. These days the majority of collect calls are placed from pay phones at the jail or correctional facilities and are automated.

Party lines were introduced in the early days of telephones as a way for communities to lower the costs of having service by sharing a phone line. They offered little to no privacy in communication and were frequently used as a source of entertainment and gossip, along with quickly alerting entire neighborhoods of emergency situations such as fires or plane crashes. With a party line, at any given time, one could pick up the telephone receiver and be privy to a conversation between people you didn’t know or one involving your neighbors.

I’m also old enough to remember how each new technological advance in telephone communication was revolutionary. When I was 10, our family upgraded our old rotary phones to new “touchtone,” or push-button Princess phones. Then in the 1980s, I can recall how calls for emergency response from public safety was greatly improved through the addition of 911 dialing. Hard to believe now, but at one time that service never existed.

I’m sure that the longer I live, the telephone will continue to evolve and gain additional relevance in our daily lives. There are times though that I like being unable to be reached anywhere electronically. <