Insight: They sure don’t make ‘em like they used to

When I was young, I used to roll my eyes and smile whenever my father would complain about products not being made like they were when he was growing up. Now that I’m an adult, I certainly know what he was speaking about and don’t find it the least bit funny.

Quality, durability and pride in workmanship all seem to have vanished in the creation of things we use every day making our hard-earned money worth less in the long run.

Take for example our kitchen stove. When the old one died in the middle of cooking our Thanksgiving turkey several years ago, we purchased a new one from a nationally known store. It was a respected brand and loaded with innovative high-tech features. 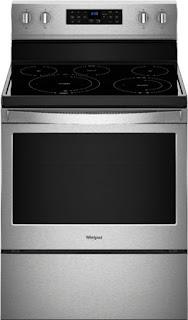 But from the moment we first turned it on, we noticed an odd squeaking sound coming from the oven. Upon close inspection, we discovered that the heating element for the appliance rests on the bottom of the oven on a small flimsy piece of aluminum.  Every time the heating element expands or contracts, which is each time it’s used, the aluminum scrapes the bottom of the oven producing the squeaking sound.

I contacted the store, who told me they only sell the appliances, they do not service them. They recommended I contact the manufacturer directly to resolve the issue.

After several emails and phone calls, I convinced the company to send out a repairman. He looked at it and told us that it was a design flaw and there was nothing that could be done about it. That led to further email exchanges with the manufacturer who eventually told us there was nothing that they could do. I requested that they give us a replacement and they refused to do that.

So here we are two years on and every time we use the oven, which cost us more than $800, we are subjected to the squeaking. I vowed never to purchase another appliance from that store, and I wrote a poor product review for the manufacturer’s website detailing my experience and saying I would never again buy anything with their brand.

Ironically, my wife’s son also had the same squeaking experience in Florida when purchasing the same model of stove from a different nationally known store.

In any case, this coming summer we are hoping to buy another kitchen stove and plan on jettisoning the squeaky one after just a few years of use.

Tires are another sore subject for me. Less than two years after paying hundreds for a set of snow tires, I happened to be driving by the same store I purchased the tires from when the front driver’s side snow tire suddenly exploded.

Mind you, these tires were only used for one season previously and I was just in the store the week of Thanksgiving, less than two months ago, to have the snow tires put on again for another year. I don’t even think there are 3,000 miles on these snow tires, which were brand new in November 2019, removed for the season in April 2020 and have been stored in the garage since.

Since this happened near the tire store, I pulled in and asked them to help. The tire store manager was exceptionally kind and inquired if I had purchased roadside hazard protection when I had bought the snow tires.

Since I could not recall if I had done that or not and the receipt for the tires was not in the glove box, the manager looked it up on his store computer and found that yes, I had indeed purchased that additional protection for the tires. So, I received a replacement tire at no charge but ended up having to pay a $59 fee for the tire balancing and disposal of the old tire.

The manager didn’t have a plausible explanation as to why my snow tire disintegrated. He said the tire could have had a bubble in it, he just didn’t know. I didn’t press him on it because I was happy it happened right there instead of while driving on the Maine Turnpike and that I did not have to pay for the replacement tire.

It’s said that some classic adages and old expressions are based in fact and I certainly can attest to that when it comes to appliances and tires.

To quote my father, “They sure don’t make ‘em like they used to.”