When my family mentions that they think I watched way too much television as a child, I nod and smile and attribute it all to my mother Harriett’s peculiar viewing habits.

She detested daytime TV news programs and loathed the standard staple of situation comedy reruns or the abundance of copycat soap operas that populated the daytime broadcast schedule when there were only three channels available back in the 1960s.

During the summer or when I was home from school, her favorite daytime programs always left me shaking my head though for pure shlock and campiness. 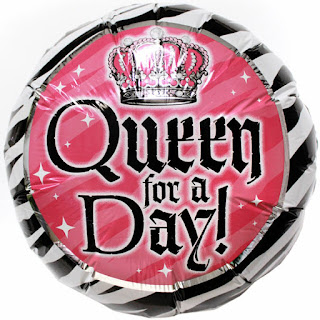 She never missed an episode of “Queen for a Day,” a pity party to end all as women told the saddest stories you could imagine to the host, Jack Bailey, in order to win a prize. Each “Queen for a Day” contestant would be asked what they needed the most and why they needed it.

The tales of woe often descended into crying, sobbing tearjerkers and litanies of life gone oh so wrong. For example, eight of the 15 kids in the family were hospitalized and required open-heart surgery, the husband’s truck broke down and would need $2,000 to fix and that money was being saved for Uncle Zelmo’s hearing aid and wheelchair. Of course, this all happened the night before the house burned to the ground with all their worldly possessions inside on Christmas Eve. Each contestant told their sad plights to top the previous one before a final vote was taken of the studio audience and tabulated live using an “Applause-O-Meter.”

Once a winner was chosen, Bailey wrapped her in red velvet robe and placed a crown upon her head and handed her a dozen long-stemmed roses while “Pomp and Circumstance” was played loudly and she was led to a jewel-draped throne. Each winning “Queen for a Day” was then regaled by Bailey of a lengthy list of household appliances, silverware, clothing items, a vacuum cleaner, cookware and frequently a trip to a city in California in honor of her selection that particular day. As the show’s credits rolled on the screen ending each episode, Bailey would proclaim, “This is Jack Bailey, wishing we could make every woman a queen, for every single day." And with that, my mother would take her waste basket full of tissues from wiping her eyes to the kitchen.

I learned early on not to make wisecracks or jokes about the “Queen for a Day” contestants, lest I risked having her tell my father about my sarcastic remarks, usually leading to a lecture about inappropriate behavior or something sterner.

As she neared 40, Mom also became interested in fitness and staying in shape and she became a devoted viewer of the syndicated “The Jack LaLanne Show.”

Long before a new generation came to know Jack LaLanne as a pitchman for juicers and an advocate for healthy eating habits in late-night infomercials of the 1980s and 1990s, my mother would spend a half-hour each morning doing exercises with LaLanne.

Each show was geared specifically for housewives and he would demonstrate every exercise with a joke and smile and a simple explanation of their value.

For me, Jack LaLanne held my interest at the beginning and conclusion of each episode because he brought in his dog to do tricks, a well-behaved pure-white German Shepherd he called Happy and I didn’t care about the exercises.

Occasionally, my mother would finish watching “The Jack LaLanne Show” and remark about what a handsome man he was. As a 10-year-old boy, I never wanted to hear things like that. I also thought LaLanne dressed funny because he always wore the same dark-colored one-piece workout jumper and what looked like my sister’s Mary Jane shoes for each program.

LaLanne professed to be able to show viewers how to “Feel Better, Look Better, To Live Longer” and it must have worked for my mom because she lived to the age of 95.

Another of my mom’s favorite daytime shows happened to be “The Newlywed Game” with host Bob Eubanks. I never understood why couples would appear on that show to be humiliated by questions such as “How will your husband complete this sentence? Which of the two of you is more likely to embarrass the other today?” And all of it just to win a Broyhill Custom Dinette Set or a billiard table or something similar.

Were my mom’s shows rather cringeworthy? Indeed, but the time we spent together watching them was priceless. <