Insight: Standing on the shoulders of giants

After more than four decades in the profession of journalism, I’m often asked who I’ve tried to pattern my career after or what journalists played a part in helping me to reach my full potential in the newsroom.

I suppose that some of these names you’ve probably never heard of because they worked in other states or worked behind the scenes as department leaders. Some were editors who were skilled in asking me why I failed to ask a particular question during an interview or why I chose to focus on a particular aspect of an article instead of another. 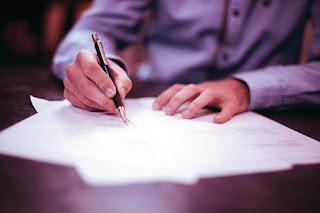 Each one of these people though had a significant influence on who I became as a journalist, shaped my writing style and taught me how to best craft stories to some extent. I’m humbled to have been given the opportunity to work on the same staff as these outstanding individuals and to truly learn from them.

Aurelio “Arley” Sanchez was a reporter for the Albuquerque Journal who covered Valencia County where I lived in New Mexico. He also was a graduate of the University of New Mexico’s journalism program like I was. As a newsroom intern at the Albuquerque Journal, I quickly came to see why Arley was such a favorite of editors. He knew every aspect of his beat and was masterful at relating stories about ordinary people who did extraordinary things. To this day, I believe observing the professional way he approached his job as a reporter and the fact he was never without a story to tell was a great inspiration to me.

Tom Breen had been an idol of mine when I served in the U.S. Air Force in Washington, D.C. at The Pentagon. He was a wonderful feature writer and storyteller for the Washington Star newspaper and years later after reading and admiring his work daily for that paper, Tom landed a job writing feature stories for the same paper I worked for in Florida. Even though I had been writing news and sports stories for more than a decade, I made time to pick Tom’s brain and listen to his thoughts about writing style. Tom shared his ideas to producing an interesting feature article and I soaked up nearly everything he told me and applied it to my own work.

He confirmed for me that his secret to creating a great story was to write it as if you were carrying on a conversation with the readers. I incorporated his sound advice into my style and despite his death a few years back, I always cite Tom Breen as key to my success in storytelling.

Don Walker was a great friend and editor I worked with in Florida. He knew what questions were unanswered in an article, who to speak with to make an article comprehensive and how to have fun and laugh during stressful times on deadline. He never lost his sense of humor or an ability to recite last Thursday’s Final Jeopardy answer and question. Much of my preparedness and managerial style as an editor are modeled after Don’s example.

In terms of an outstanding leader, Tom Clifford was one of the best supervisors I ever had. He knew how to motivate you to produce your best work. He always made the time to listen to your concerns or weigh your suggestions to do something better. Tom had an innate ability to place people in positions where they could really thrive and succeed and gave me one of my first breaks to advance as an editor in the newsroom of a significant daily newspaper.

For me, Terry Eberle was exactly the kind of executive editor that you see in movies about newspapers. He was objective, experienced, a genuine truth-seeker and utterly thorough. He was a stickler for details and someone I always felt never asked anyone to do a job he himself couldn’t do superbly.

The thing I enjoyed the most about working for Terry was that he wasn’t full of himself and you always got a feeling that he cared about you. He backed you when you wanted to try something new and reveled in your success when it succeeded.

Each of the individuals I’ve mentioned helped shape the direction of my career and inspired my quest to become a better journalist.

Isaac Newton once said, “It is by standing on the shoulders of giants that I have seen farther.”

For me, Newton’s words ring true.