With the 2020 general election behind us, we can now look back at what many have called the most important election of our lifetimes. Though I’m writing this before Election Day, we already know that this election will draw high turnout from voters in Maine and across the nation. Voting methods and election safety were big topics of conversation this year, so I would like to take this opportunity to talk about Maine’s voting laws and our strong history of participating in our democracy.

Though Nov. 3 is referred to as Election Day, in reality the election started far earlier – and I’m not just talking about the campaign ads and mailers we all saw months ahead of time. This year, record numbers of voters cast their ballots in the weeks before Election Day, thanks to existing voting options as well as some new ones spurred by the pandemic. With a full week to go in the election, over one-third of Maine’s eligible voters had already cast their ballots, and the U.S. had already achieved about half of the voter turnout in the entire 2016 election. 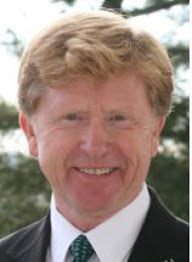 This election drew interest because of the high-profile races on the ballot, but Mainers turn out in high numbers for elections regularly. For every general election or midterm election in the past decade, Maine has been in the top six states for voter turnout. In the 2016 presidential election, 70.5 percent of Maine voters participated; only two states had higher participation rates, and the national rate was 60.2 percent. The strong voter turnout here in our home state is driven by Mainers’ desire to participate in our democracy and made possible by of our strong voter protections and accessibility laws.

Maine’s Department of the Secretary of State is responsible for supervising and administering elections at all levels in the state. This includes working closely with local election clerks to make sure everything runs smoothly and working on laws that improve our voting systems. I served as Maine’s Secretary of State from 1989 to 1997, and I’m proud to have contributed to some of Maine’s strong voting laws. I worked to make absentee ballots available to more people and to make the voting method more secure. In Maine today, anyone can vote by absentee ballot, no questions asked; in other parts of the country you must meet certain criteria, such as being over the age of 65, sick or disabled. Many people wanted to avoid long lines and increased risk of infection at the polls this year, so having this option available to anyone who wants it goes a long way to making sure every voter can exercise their right safely and securely.

In Maine, eligible citizens can register to vote at the polls on Election Day, which data shows plays a big role in high voter turnout. Again, this isn’t something that all Americans can do. Less than half of all states allow same-day voter registration. As Secretary of State, I worked to make it possible for folks to register at the places they already go regularly, so that same day registration isn’t the only convenient option. I helped make it possible for people to register at the BMV, and I worked to distribute registration cards to places like fast food restaurants so people could grab a card while they got a quick bite.

This election season highlighted the need to make safe, secure voting accessible for every citizen. Here in Maine, we should be very proud of the fact that we show up to the polls so often and in such large numbers. We should also recognize that our history of prioritizing voting accessibility makes this possible. Regardless of which individuals win or lose a race, or which political party gets the majority, large voter turnout is the best way to guarantee a strong America and a thriving democracy. I know long elections seasons can be tiring, but with Election Day 2020 behind us, I want to thank all Mainers who showed up to the polls – or voted absentee – to make their voices heard this year.

If there’s anything I can help you or your family with, or if you have any questions or concerns, please send me a message at diamondhollyd@aol.com or call my office at 287-1515. <