Insight: Wisdom from the past

Even though my father died more than 29 years ago in 1991, some of the things he shared with me about life continue to be meaningful no matter how old I get.

An ordinary man blessed with an exceptionally wry sense of humor, my father grew up during the Great Depression and served in the infantry in World War II. In peacetime, he was the first in his family to earn a college degree and somewhere along the way he accumulated a wealth of practical knowledge that was often dispensed to myself and my younger brother.

Dad was a champion of the underdog and never rooted for the favorite in any sporting event. He once told me that “anyone can root for the champion, but real character comes from pulling for teams and individuals who overcome obstacles and beat the odds.” It’s something I’ve never forgotten hearing him say. 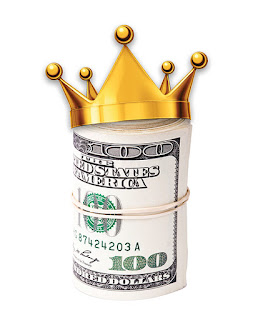 For years he cheered on his beloved Chicago Cubs believing that someday they would no longer be loveable losers and finally win the World Series to reign as the champion of Major League Baseball. Some 25 years after his death, the Cubs did indeed win the championship in 2016, and 12 years before that, another one of the “underdogs” he religiously followed and cherished, the Boston Red Sox, also won the World Series following 86 years of frustration.

When I reached junior high school, my father told me a story about why it was important to study every night. “Nothing is ever going to be handed to you and you have to start working on your grades now if you ever expect to be successful in college.”

While many of my peers were out playing basketball after school, participating in Boy Scouts, or taking swimming lessons, Dad insisted I put in at least two hours of study every day when I got home from school. It eventually paid off as I excelled on my college entrance exams and years later received a Bachelor of Arts degree in journalism from the University of New Mexico. On Graduation Day, he told me “I always knew you could do it” and I flashed back to his words to me when I was entering junior high.

Growing up in poverty, my Dad could be exceptionally frugal at times. He repeatedly told me that “nothing beats the satisfaction of saving money but sometimes you have to make it happen.”

Many times, our family thought he took this principle way too far, like driving to six or seven different grocery stores in one day just to find the best price offered on chicken. But I also watched him demonstrate how to make things happen in person and it was a beauty to behold.

I was interested in buying a used Buick from a car lot and it was listed in the newspaper at $2,500. My father insisted that I call the car lot and tell them my name and ask again what price they wanted for the car. We then proceeded to drive to the car lot and looked the Buick over carefully.

Before moving inside to the desk of the sales manager, Dad pulled me aside and told me to let him do all the talking. He asked what was the lowest possible price that they would take for the Buick. The sales manager said he could probably knock off $100 because he liked us and would not take anything less than $2,400 for the car. My father then asked if the price would be less if we paid with cash and the sales manager said it would not and $2,400 was as low as he could go.

We thanked him for showing us the car and left. The next morning my father has me withdraw $1,700 in $100 bills from my bank and we drove back to the car lot. The sales manager seemed surprised to see us back.

My father told him, “cash is king and this is our final offer,” and proceeded to fan 17 $100 bills out on his desk in front of him.

His life lessons are worth remembering. <