Insight: The personification of class

Professional athletes are often saddled with spotty reputations for a exhibiting a lack of manners, using foul language or crude gestures and tirades to fans or critics. Yet in the vast wasteland of professional sports, I can bear witness to many unselfish acts that athletes have made to those who idolize them and follow their every move on and off the playing field.

When I was young, my father would take my brother Doug and me to hockey games in Rochester, New York. The Rochester Americans played in the American Hockey League and the roster in those days was filled with exciting young athletes such as Jim Pappin, Mike Walton, Pete Stemkowski, Gary Unger and Jean-Paul Parisé along with a strong mix of established older players such as Al Arbour, Don Cherry, Bronco Horvath and Dick Gamble. 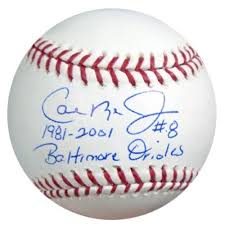 One night while watching a game between Rochester and the Hershey Bears, we got to sit behind the Rochester bench and somehow as the teams warmed up between periods, I walked over and asked if I could meet a player. A very nice man wearing a suit and tie sitting on the bench asked me my name and what player I wanted to meet. I told him I was a huge fan of Norm “Red” Armstrong, a red-headed journeyman who played every game with determination and hustle.

The sharply dressed man called Armstrong over and we chatted for a few minutes about what he liked the most about hockey. The game was about to resume, so I said goodbye and returned to my seat thrilled to have spent time chatting with one of my hockey heroes.

The game was nearing its final minutes of play when an usher came to my seat and asked me to follow him back to the bench. Once there, the man who was wearing the suit and tie introduced himself to me as Joe Crozier, the coach of the team. He handed me a hockey stick that both he and “Red” Armstrong had autographed for me. To me, that was a classy thing to do and I became an even greater fan of the team in the days that followed.

Decades later, I joined a friend and his son Jimmy in attending a spring training baseball game in Viera, Florida between the Florida Marlins and the Baltimore Orioles. My friend’s son had Down’s Syndrome and loved watching baseball and collecting autographs.

Sitting in the stands, my friend and I noticed a few Hall of Fame ballplayers sitting together behind home plate. Jimmy saw them too and he walked over and asked for their autograph. These two very famous ballplayers both turned down his request saying they only signed autographs when they were paid for them. Jimmy was saddened, but undeterred in his quest to obtain an autograph that day.

At the start of the seventh inning, I noticed that Orioles starting shortstop, Cal Ripken, Jr., was now out of the game and was running wind sprints on the gravel warning track of the stadium along the outfield. Jimmy and I walked over to the leftfield fence and when Ripken ran past us, he politely called out to him asking for his autograph.

The summer before that game, Ripken had broken Lou Gehrig’s all-time record for consecutive games played and was assured of eventual induction to the Baseball Hall of Fame himself. He stopped when Jimmy called out to him, turned around and walked over to us. He smiled and spent five minutes chatting with us and signed both a baseball and a small toy bat that Jimmy had brought to the game.

When other fans saw Ripken speaking to us, they quickly gathered around him and for the next two innings of the game and for another 30 minutes after the game had ended, he graciously autographed anything people in the crowd asked him to, had his photo taken with anyone who wanted one and shook hands with hundreds of fans.

To me, I came away from that experience thinking that Cal Ripken, Jr. was a humble and down-to-earth individual who knew that baseball would be nowhere without the fans and he wasn’t too proud to spend time with anyone who wanted a bit of his attention.

It’s a shame that more professional athletes couldn’t be more like Cal Ripken, Jr. because he’s what I call “class personified,” someone to be admired for their skill as an athlete and their behavior and respect for others outside of sports. <