We all know that health care in this country is expensive. Chances are, you or someone you love has struggled to pay a doctor’s bill or put off going to the doctor because you had other bills you needed to pay first. For many people, the high cost of prescriptions is a big part of what makes staying healthy so expensive. We all try to budget for our health and wellness, but that can become difficult when the cost of our medicine strains our pocketbooks. About half of all Americans take at least one prescription drug, and almost 30 percent of those Americans say they’ve not taken their medicine as prescribed because of money. None of us want to choose between putting food on the table and taking needed medicine. 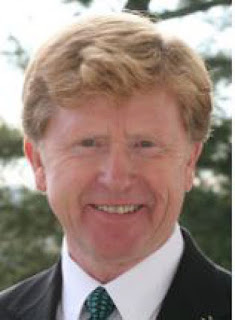 Over the past two years, my colleagues in the Legislature and I have prioritized passing laws that will make a real difference for Mainers and their pocketbooks when it comes to health care. This includes a law that improves transparency about how drugs are priced; a law that creates a Prescription Drug Affordability Board; a law that makes sure Mainers, not corporate middlemen, benefit from savings on rebates for prescription drugs; and a law that caps the out-of-pocket cost of insulin at $35 for a 30-day supply for those on certain insurance plans. All of these bills were passed with strong bipartisan support, and many of them with unanimous or nearly unanimous support in the House and the Senate.

One other law we passed in 2019 will allow the importation of drugs from Canada with approval from the U.S. Department of Health and Human Services (DHHS). Under this law, only drugs deemed safe by the U.S. Food and Drug Administration (FDA) are allowed, and those imported prescription drugs must result in savings for Mainers. Many medications are sold abroad for much less than they are sold for in the United States. A 2018 study by DHHS shows that drug manufacturers charged U.S. wholesalers and distributors 1.8 times as much for certain top drugs as they charged other countries. America spends about $1,200 on prescription drugs per person each year, which is much more than any other country spends. If importing prescription drugs can save people money, then we have a responsibility to make sure there is a safe and legal process to do so.

Earlier this year, Maine submitted its plan for drug importation to the federal government for approval. A small handful of other states, including New Hampshire, Vermont and Florida, have taken the initiative to do the same. Last week, DHHS and the FDA announced that they’ve finalized rules for states and drug wholesalers to use in importing drugs from Canada at the direction of the President. This news from the federal government is a step toward making safe prescription importation a reality, but there is still more work to be done to make sure Mainers see real savings from prescription importation.

By lowering the cost of prescriptions, we can help folks stay healthy without breaking the bank. As your state senator, I will keep doing my best to make sure that working people can afford to stay well by looking for opportunities to innovate our health care system.

If there’s anything I can help you or your family with, or if you have any questions or concerns about affording your prescriptions, please send me a message at diamondhollyd@aol.com or call my office at 287-1515. <