The people who live across the street from me are going to be moving. They’ve found new and intriguing employment, which they can take advantage of since their two fine (and now fully-grown) sons are both fully capable of striking out on their own. So two of the best neighbors I’ve ever had are moving to a state south and/or west of here. Which, now that I think of it, means they’re moving to one of the other 49 states.

If there were a place you could shop for people you’d want to live near, these two would be highly sought after, regardless of price. In order to protect their anonymity, I’ll call my soon-to-be-ex-neighbors “Andy” and “Emily.” (Plus it’ll be easy for me to remember, since those are their actual names.) 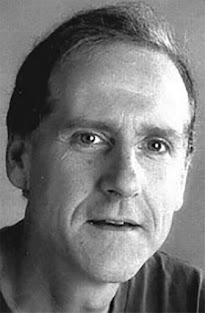 Andy and Emily were the first to welcome me to the neighborhood when I moved in a little over five years ago. And in ways both overt and covert they’ve never stopped making my family and me feel welcome. I chat with one or both of them every so often, like when I go to the mailbox, when we’re out doing yardwork, when we’re all clearing our driveways after a snowstorm, or for no particular reason at all.

When the pandemic started Emily made sure I knew that if I ever needed flour, she had a surplus of it. The pool table in our basement would probably still be in the box it arrived in, unassembled, had Andy not come over the day it arrived and asked, “Hey, need any help with that?”

People who have great neighbors shouldn’t take such good fortune for granted. No one appreciates that particular gift more than those unfortunates who have had bad neighbors. Some years ago some good friends (who I’ll call Arlene and Tom, because those are their actual names) had to sell the lovely house they had renovated because of the people next door, low-grade sociopaths who got frequent visits from disreputable individuals arriving in muffler-less vehicles at hours when most of employed humanity sleeps, or at least tries to. But what ultimately convinced them it was time to pack up was the habit the offspring of the neighbors from Hell had of driving, often while impaired, 25 to 30 mph over the posted speed limit on the straightaway section of their street. Since they valued the safety of their own (much younger) children, Tom and Arlene reluctantly decided it was time to pull up stakes.

I never knew any of the nearby residents when my roommates (who I’ll call Tom, DeLion, and Jeff, because those are their actual names) and I resided in a Raleigh, North Carolina apartment complex, but that was because our jobs involved frequent travel and unusual hours. When I lived In Fairbanks, Alaska I’d regularly see a couple of people I presumed were neighbors, but that was while I was stepping over their prone, unconscious forms in order to get into our building, which was located in one of the sketchier sections of town.

I’d like to get a nice gift for Andy and Emily before they depart, but like most people who are relocating to someplace hundreds of miles away, they’re looking to divest themselves of possessions, rather than acquire more of them.

I think the appropriate way to honor my departing neighbors is to welcome the people who move into the house across the street to the neighborhood the same way I was welcomed by Andy and Emily.

And I’ll refer to them by their actual names, once I find out what they are. <