I have logged over 2,000 miles on my bicycle since taking it out of the basement back in late April. That fact alone might lead some people to assume I am an experienced, proficient cyclist.

But most competent bikers travel with mini toolkits that allow them to make roadside repairs to any routine problems they encounter along the way. I do not carry any such implements; for me they’d be mere ballast. My mechanical skills are, to be blunt, nonexistent. Giving me a wrench and expecting me to fix a bike is the equivalent of handing a rhinoceros a fishing rod and asking him to tune a piano with it. 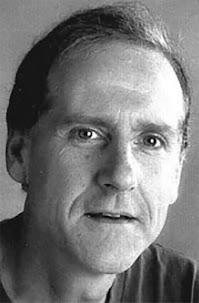 Which explains how, late last Friday afternoon, I was wondering exactly how to proceed when I found myself and my bike, which had a rear tire that was flatter than a pancake, stranded on the side of a rural road more than a dozen miles from where I live.

The good news was that I had my cell phone, an item I often forget to stick in my backpack before I go pedaling off seeking adventure. Taking it out, I called my friend Brian, who I know for a fact would drop everything to help someone in need at a moment’s notice. He also has a truck that even a bicycle as large as mine can easily fit into, and he resides no more than five or six miles from where I was stranded. He picked up on the second ring, we exchanged pleasantries, and I explained my situation to him. And as I expected, he said, “I’d love to help!”

“But,” he continued, “I’m already halfway to Houlton.” Which, as I recalled too late, is where he and his family go every year for an extended weekend in early October. (Note: in order to keep from upsetting anyone, I have purposely avoided using “Columbus Day weekend” or “Indigenous Peoples Day weekend” here. Choose whichever phrase you prefer.)

At that point I should have been thinking about my next move, but I didn’t have time to do so, because as I was telling Brian to enjoy his weekend up north, a car that was approaching slowed. Lowering his window, the driver asked me if I was okay. I told him that I was, but that my bike most certainly wasn’t. He pulled over, got out, said, “I can take you wherever you need to go.”

When someone with a disabled bike is stranded in the middle of nowhere with darkness no more than an hour away, the only thing he or she desires more than a random humanitarian to appear out of nowhere is having one arrive with a vehicle that’s equipped with a bike rack. Sure enough, my rescuer’s car had one.

Twenty-ish minutes later we were in my driveway, and along the way I learned a bit about an ordinary, extraordinary fellow who I hadn’t known before. I figured he wouldn’t take any money for gas if I offered it to him, and of course he didn’t. That’s why, when he wasn’t looking, I a dumped a HUGE load of good Karma into the back seat of his car, one that I expect will last him and his family well into 2021.

At the risk of sounding a little too giddy over my unlikely rescue, I believe the man who extricated me from my predicament last week was more than just a Good Samaritan. I think he was my guardian angel.

Well, because - and I swear I’m not making this up - his name was Gabriel.<